Voices: an exploration of Black Las Vegas through the resources in UNLV Special Collections and Archives: Marion Bennett

Rev. Marion D. Bennett pastored Zion United Methodist for forty years and from that pulpit participated in the local civil rights movement, served as president of the NAACP, and was elected as a Nevada State Assemblyman. Bennett’s daughter, Las Vegas Justice Court Judge Karen Bennett-Haron, remembers the constant meetings and community activities in their home.

“My father was my babysitter,” she said. “In the evenings our house would be populated by folks like Jim Anderson, Charles Keller, Dr. Charles I. West, Dr. James B. McMillan, and Rev. Coleman. I got a cross section of the faith-based community, the political activists, the civil right activists. I’ve had the great pleasure of knowing folks like Sarann Knight Preddy and Ruby Duncan all my life.”

Bennett, who passed away in 2013, grew up in Greenville, South Carolina and graduated from Morris Brown College before earning his Master of Divinity Degree from the Interdenominational Theological Center in Atlanta. He moved to Las Vegas in 1960 to pastor Zion United Methodist Church, ultimately growing his congregation to over six hundred members. Zion Methodist is the oldest Black church in Las Vegas with its beginnings in the heart of the downtown business corridor which is now the Horseshoe Hotel and Casino parking lot.

“For more than 40 years (1960-2004) my father, Reverend Bennett, served as pastor of Zion United Methodist Church (formerly known as Zion Methodist Church),” Bennett-Haron recalls of her father’s ministry. “From that pulpit he preached and practiced Black Liberation Theology.” Bennett’s influence may have started in the church, but it reached well beyond.

“His commitment to community empowerment and economic self-sufficiency led him to serve as President of the NAACP (1963-1967), become a Nevada State Assemblyman representing District 6 (1973-1983), and serve as Chairman of the Nevada Economic Development Commission (NEDCO), which was founded by Bob Bailey,” Bennett-Haron continues. “Perhaps his proudest and certainly most radical accomplishment was realized through the creation of the Zion Day Care Center. The Day Care Center provided advanced learning to thousands of pre-schoolers and
boasted the lowest fees in the state, $50 per week!”

“This intersection of religion, education, politics, and economic independence was central to my Dad’s existence,” she said. “He always said ‘the Church is the headlight of the community.’ He believed that the Church was, and should be, the institution that provided all manner of assistance to Black people. Growing up, our household hosted several impromptu strategy sessions. Issues such as the recruitment of Black educators, hiring practices on the strip, the creation of the Nevada Voter’s League, and support of the Westside Credit Union were ongoing areas of concern.”

In 1964 when Marion Bennett was president of the local branch of the NAACP, he hosted Rev. Dr. Martin Luther King, Jr. for the annual Freedom Fund Dinner. “The main event was held at the Convention Center,” his daughter said. “That was a big boost financially for us allowing the organization to put pressure on Al Bramlet [secretary treasurer] at the Culinary Union to open better job categories to Blacks.”

“Dad was never too busy to engage in productive community activities,” Bennett-Haron continues. “He joyfully served as a member of the Economic Opportunity Board of Clark County and of course, the Westside Credit Union. He always said that the ‘real measure of a man was where he spent his time and his money.’ My Dad spent both his time and money in service to God, his family, and his community.” 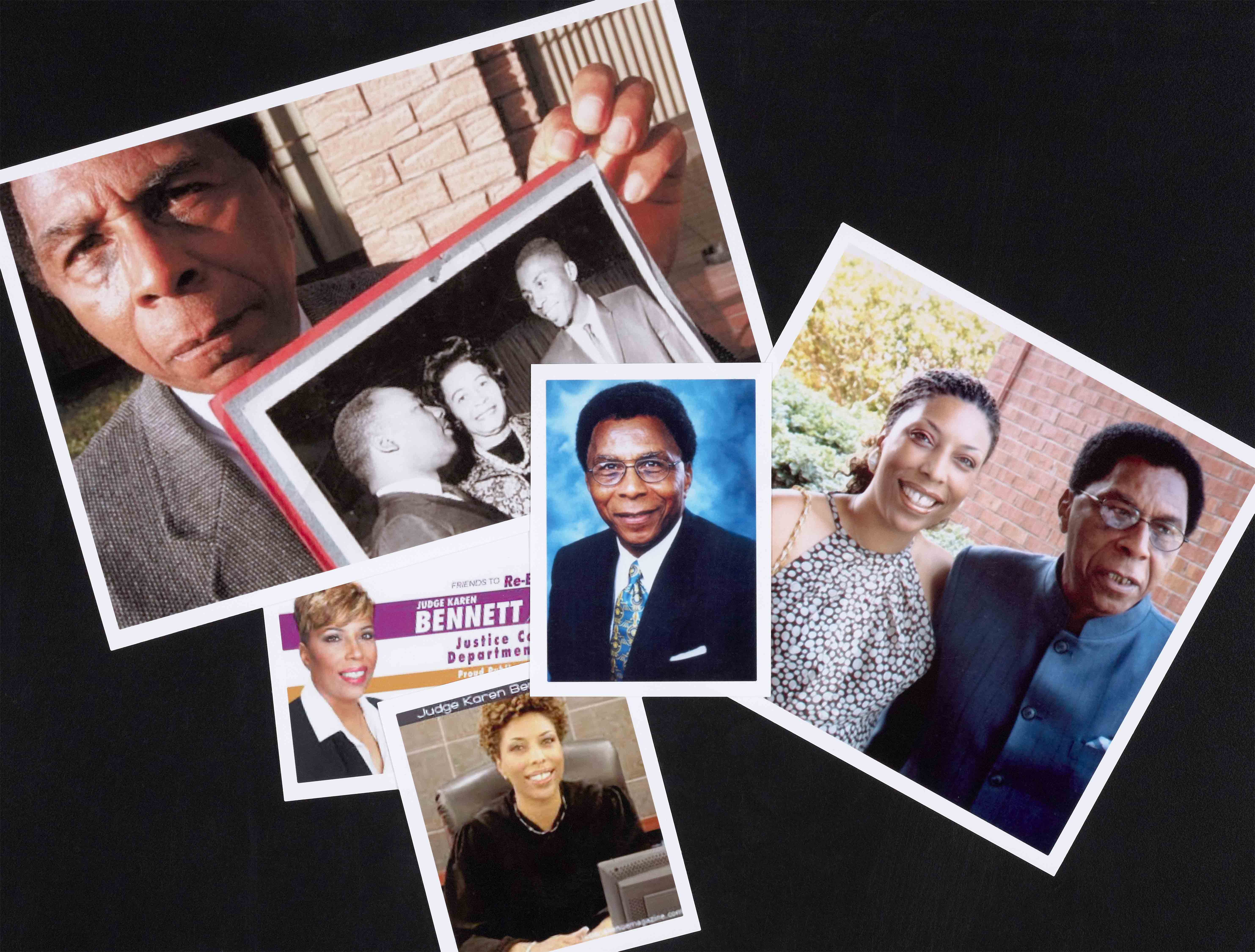