Voices: an exploration of Black Las Vegas through the resources in UNLV Special Collections and Archives: Marzette Lewis

Lewis was one of the strongest voices against forced bussing of students from Black neighborhoods to majority-white schools. During her 2012 oral history interview she explained, “This is when the gangs and things started coming. You had buses going north, south, east and west in that neighborhood right where I stayed. They were putting those kids in all these different schools to integrate.” Lewis recognized that bussing was an effort to meet federally mandated desegregation of schools, saying, “They had to integrate. This was the best that we could get with our kids? Eleven years being bussed out and their kids [white students] only being bussed out for one year? That’s racism and it’s racism in anybody’s book. Any way you cut it, slice it, dice it, it’s racism and it was blatant racism.”

Lewis’ fight against forced bussing was very personal. It harmed her family. One of her sons was severely beaten at school during a racially motivated attack when he was twelve. A daughter, who was six at the time, was forgotten by the bus and left alone at the school she was being bussed to across town. And her son with special needs was sexually abused by older boys on the school bus when he was just six. Lewis’
children also endured the unfair burdens of spending hours commuting to and from school, feeling unwelcome at majority-white schools, and receiving education from teachers with whom they did not relate.

Lewis argued that bussing, which began in 1972 in Clark County, was a disservice to Black students because in majority-white schools, Black  students were easily overlooked or ignored by teachers. During an unannounced visit, she found that her son with special needs was the only  lack child in the class. The teacher had seated him alone, facing a wall at the back of the room. Lewis firmly believed that sending Black children out of their own neighborhoods to sixty-five different schools undermined their sense of community, which led to rivalries that fueled the gang  culture.

Fed up with what she was seeing and realizing that children in her neighborhood were being subjected to bussing eleven out of their twelve years of school, whereas children from predominately white neighborhoods only faced one year of bussing, Lewis took her frustrations to the Clark County School District Board. “I said, ‘We’re not taking it no more and you’re going to get them off of those buses,’” she recalled saying during one particularly spirited school board meeting. “‘You’re going to close these sixth grade centers down and you’re going to bring our children home.’ I said, ‘These are our schools and we want them back.’”

Handing out fliers and circulating petitions, Lewis called for concerned parents and citizens to demand change. She and WAAK-UP focused on stopping forced bussing, placing qualified aides on school buses, and repurposing the  majority-white Sixth Grade Centers that were located in Black neighborhoods. They demanded renovation of existing schools and the building of additional schools in Black neighborhoods. They asked for the unlocking of playgrounds at the Sixth Grade Centers in the Black neighborhoods, so they could be used for after-school activities. Lewis and others also insisted on programs that would offer classes and provide aides for children with special needs. Finally, they focused on getting better pay for educators in Black neighborhoods to attract and retain higher quality teachers and principals.

“The community woke up, spoke up, and was heard.”

In concert with members of the Black Community and white allies, Lewis made a positive difference in the lives of Black children. During the 1992-1993 school year, Lewis helped organize a boycott of Clark County schools in protest of the Sixth Grade Centers and forced bussing. The school district agreed to return the majority-white Sixth Grade Centers in Black neighborhoods to their former role as neighborhood elementary schools. They also agreed to allow parents to choose whether their children attended their own neighborhood schools or were bussed to majority-white schools. In subsequent years, elite magnet schools were established in Black neighborhoods, new schools were built in these neighborhoods, and aides were placed on school buses to protect children with special needs. 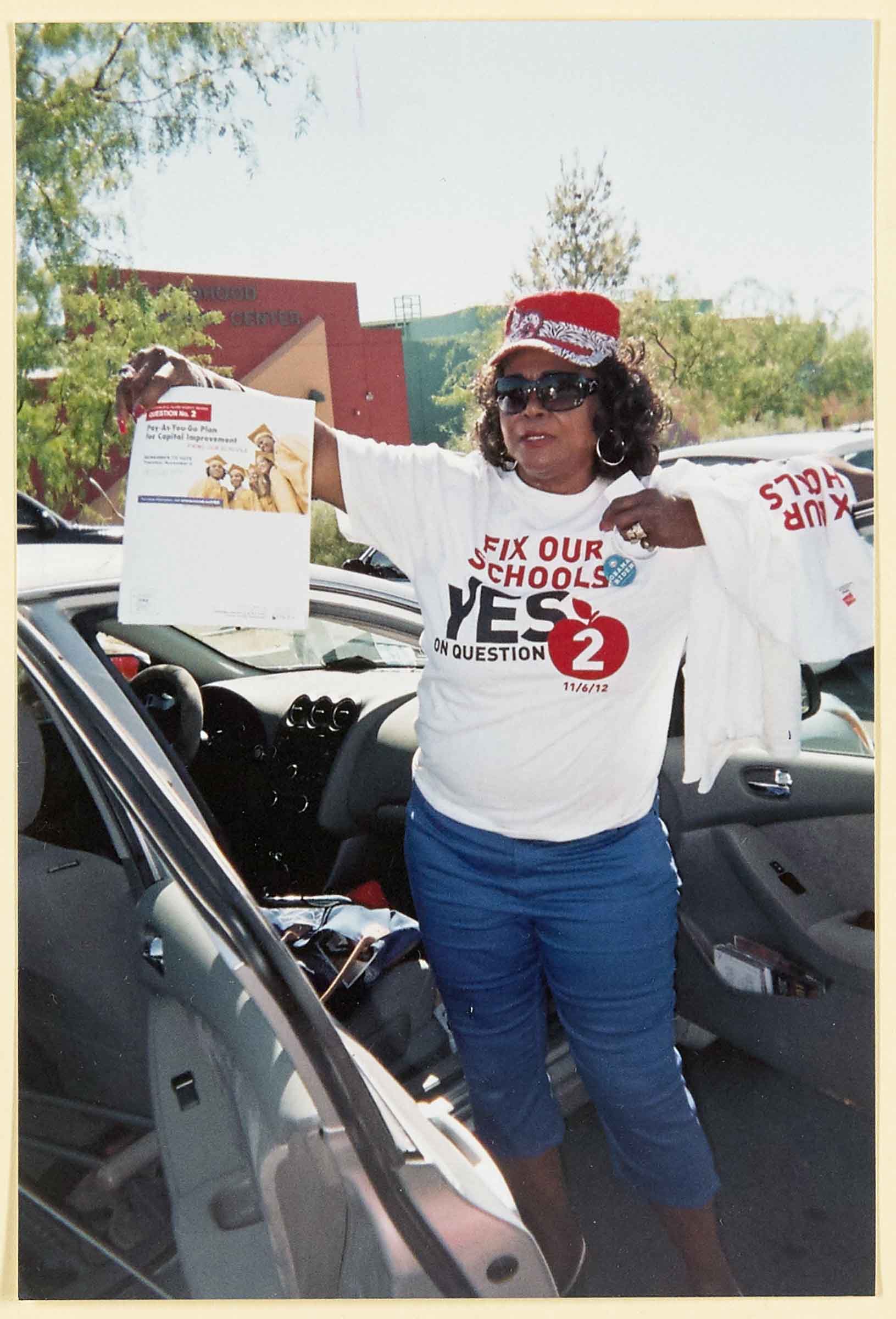 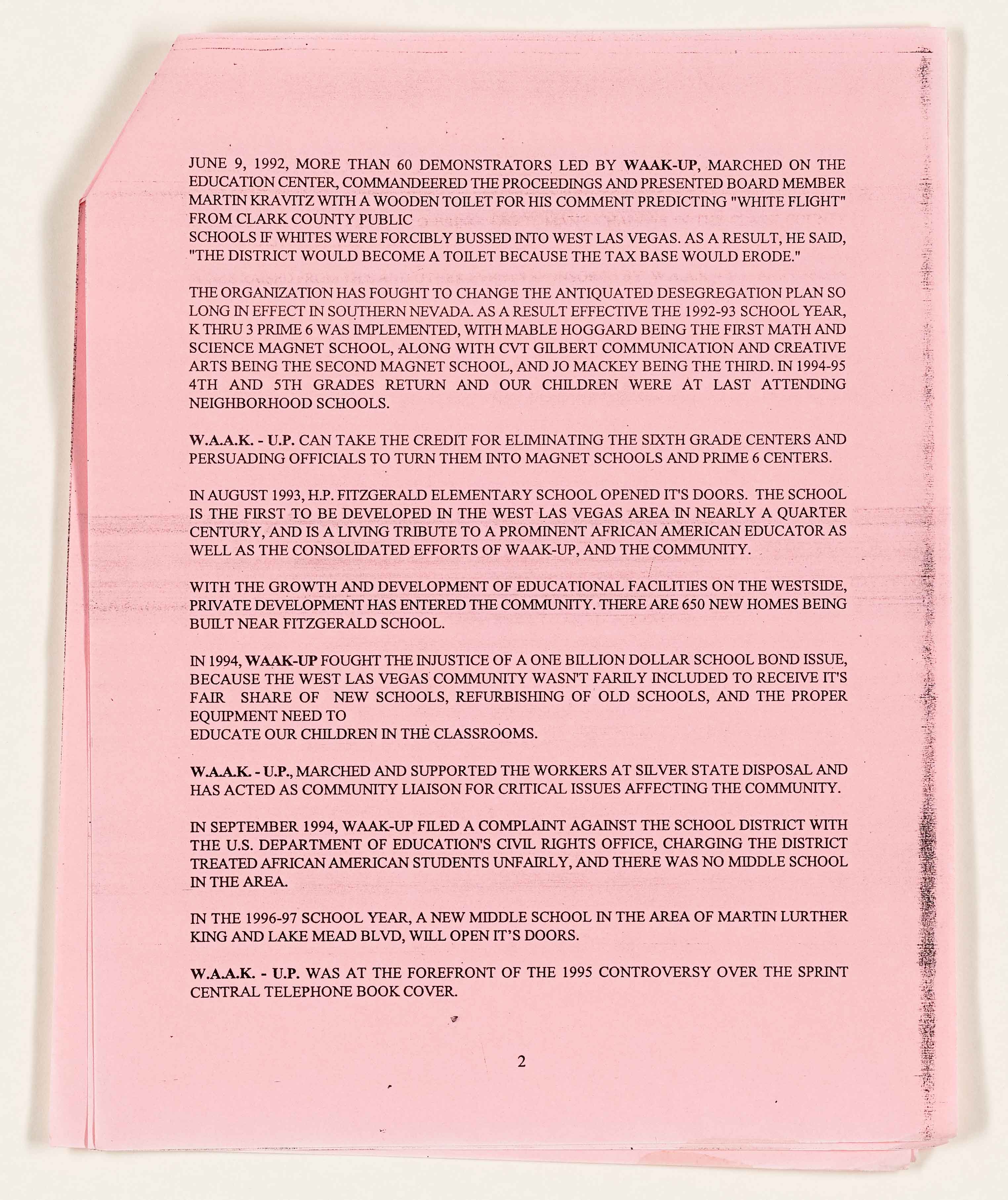 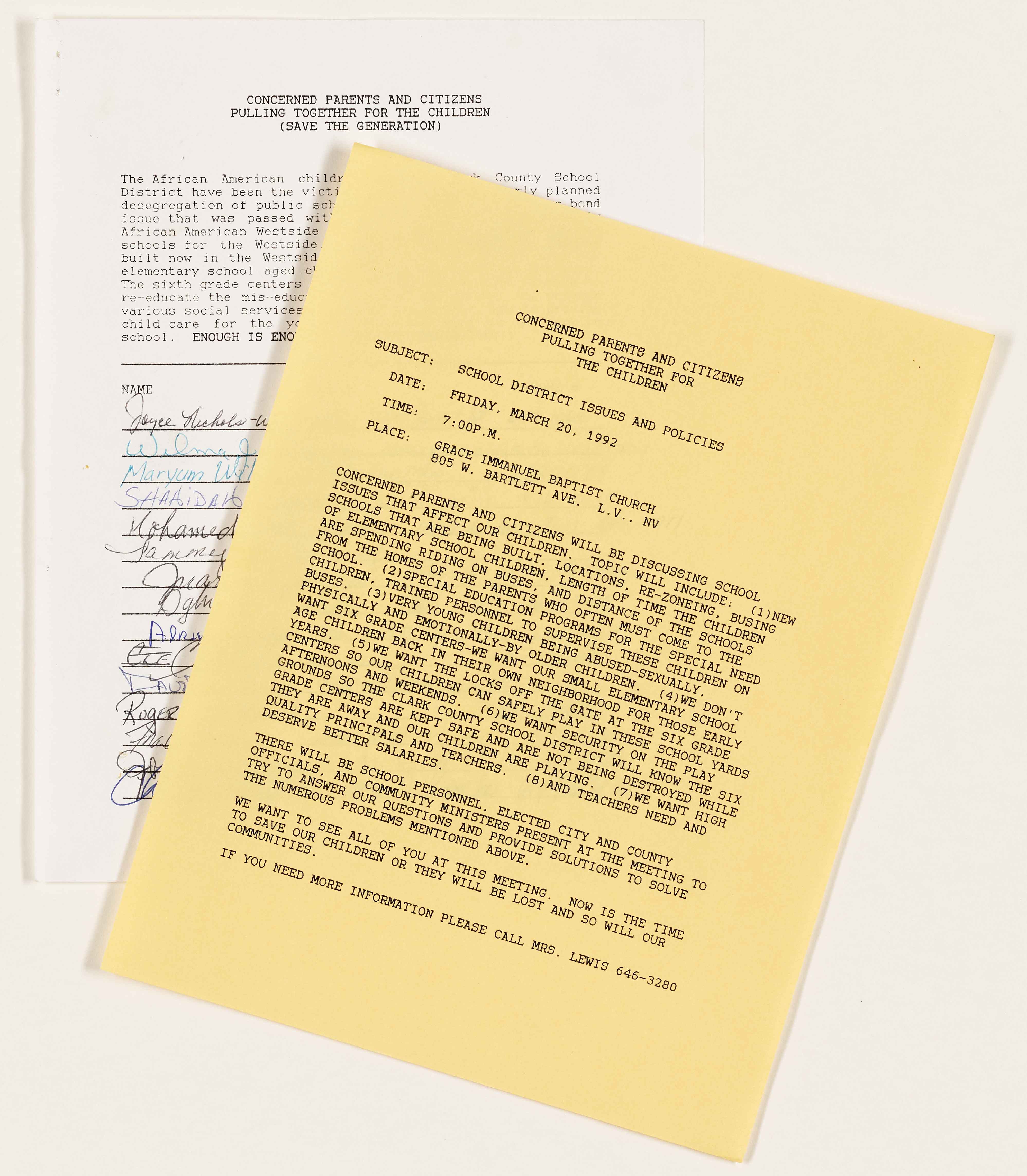 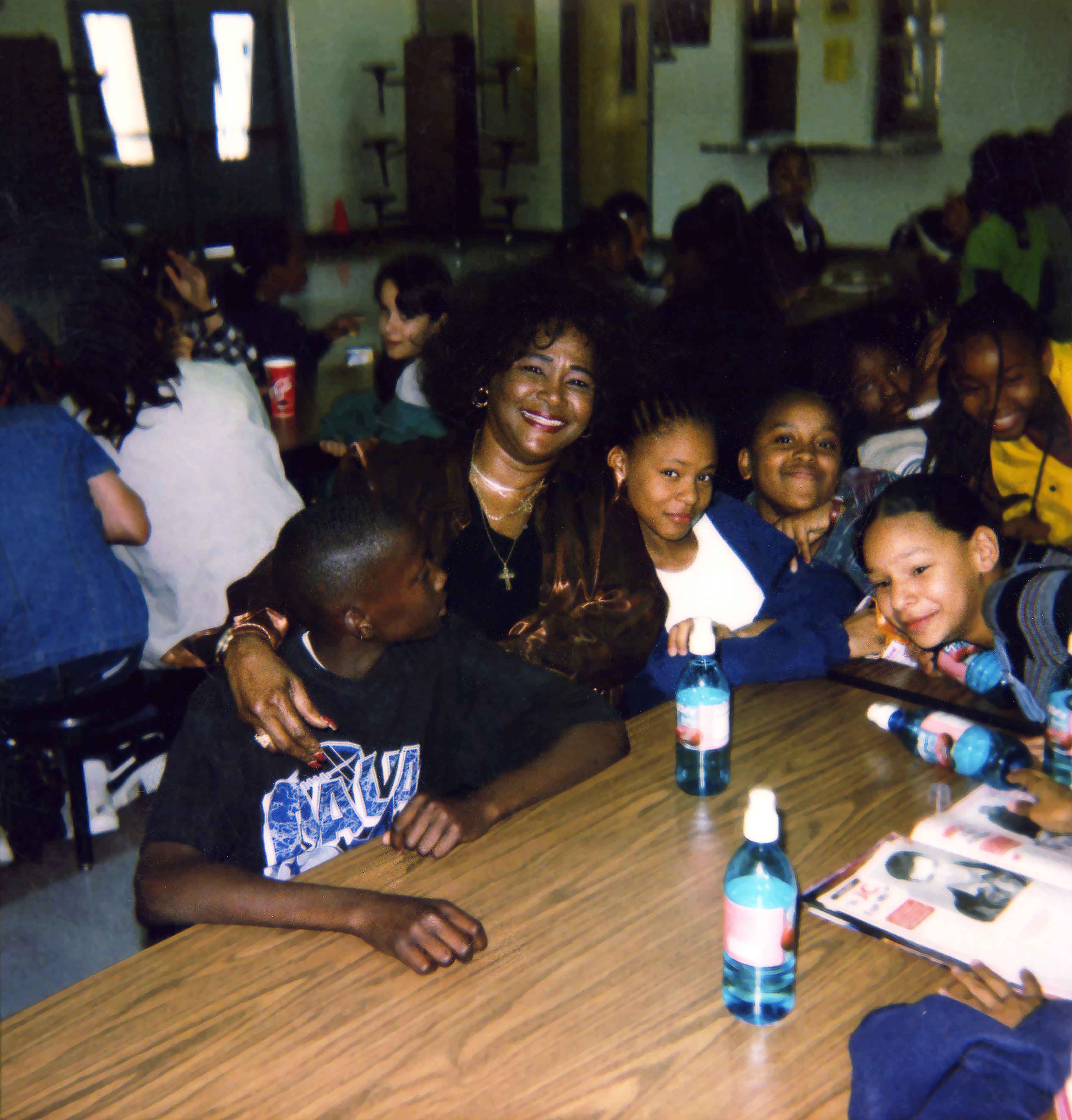