Voices: an exploration of Black Las Vegas through the resources in UNLV Special Collections and Archives: Mabel Hoggard

"We're all the products of our experiences" - Mabel Hoggard

Mabel Wims Hoggard was shaped by her own experiences: her childhood in the Midwest, experiencing racism for the first time at age 17,  attending teachers colleges in both Tennessee and West Virginia, and making a stop in Las Vegas on her way to a job in California, one that would change the course of the rest of her life.

Born in Colorado, Hoggard grew up in the Midwest with her parents and grandparents, living in both Iowa and Illinois. From elementary school through high school, Hoggard couldn’t recall there ever being more than two other Black students in her classes. Despite this, she did not remember being discriminated against as a child. She did, however, remember her father’s words warning that “one of these days you will be mistreated just because of the color of your skin.” These words would indeed come true when Hoggard moved to Nashville, Tennessee to attend the State Teachers College.

“I stepped up on the bus one day and the bus driver - I sat down and I wasn’t thinking - and so he looked around and said, ‘Get to the back [n-word],’” Hoggard vividly recalled the incident. “That was my first experience of being mistreated. I was seventeen years old.”

“I just can’t see how people who really believe in democracy, and love America, can act as they do,” she continued during her taped oral history. “From an experience like that, where you can see [what is happening], and how your heart can go out to little children who are mistreated; it sometimes warps their encounter... their outlook on life.”

In addition to her devotion to teaching and empathy for children, a thread of activism ran through Hoggard’s life. One moment of activism early in her career cost Hoggard a job as a teacher at the Delbarton School in Williamson, West Virginia. Hoggard was among thirty-two Black teachers who were threatened with dismissal if they didn’t pay out a portion of their salaries to local authorities’ political campaigns. Hoggard and three others ultimately refused and were fired.

During an era when Las Vegas was known as the “Mississippi of the West”, due to prevailing racism and segregation, Hoggard was traveling from West Virginia to California to start a new job. She made a stop along the way in Las Vegas to visit family, unaware that she would ultimately settle here and soon become the first certified African American teacher in the state of Nevada. Shortly after arriving in Las Vegas in 1947, Mabel met widower J. David Hoggard, who was one of the first African American police officers in Las Vegas. Hoggard had two sons from a previous marriage and Mabel had one son of her own; they soon married and brought their two families together.

Social justice and activism would continue to play a role in her life. While working as a teacher at the Westside School, Hoggard and fellow African American teachers were attending a teachers’ conference in Las Vegas. Prepared to join a conference luncheon at one of the hotels in the city, they were told by the principal that they couldn’t attend due to the hotel’s segregationist policies. Instead of having their own luncheon on the Westside, the teachers prepared a statement and went back to the conference to make their case. In the end, no luncheon was held that year or in subsequent years. “I just felt they should be exposed to the Black experience,” Hoggard said, explaining how, from that incident moving forward, she always attended events for teachers. “I just felt that was important.” Twenty-eight years after becoming a teacher in Las Vegas, Bonanza  Elementary was renamed the Mabel Hoggard Elementary School in her honor. She died in 1989 in Las Vegas, but Hoggard’s legacy of  commitment and service to the local community and her profession can be seen today in Las Vegas’ Westside at 950 North Tonopah Drive, now called the Mabel Hoggard Math & Science Magnet School. 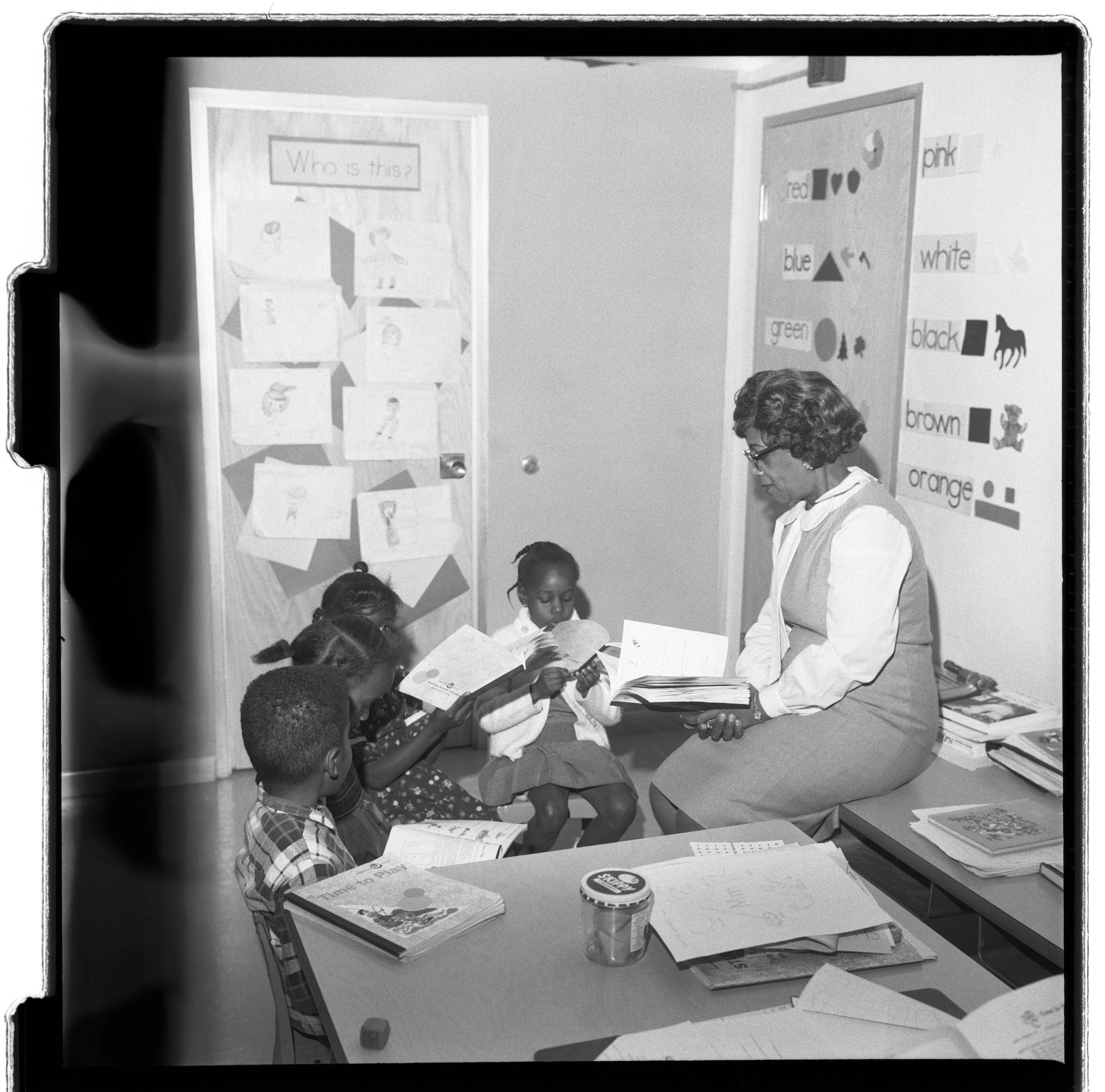 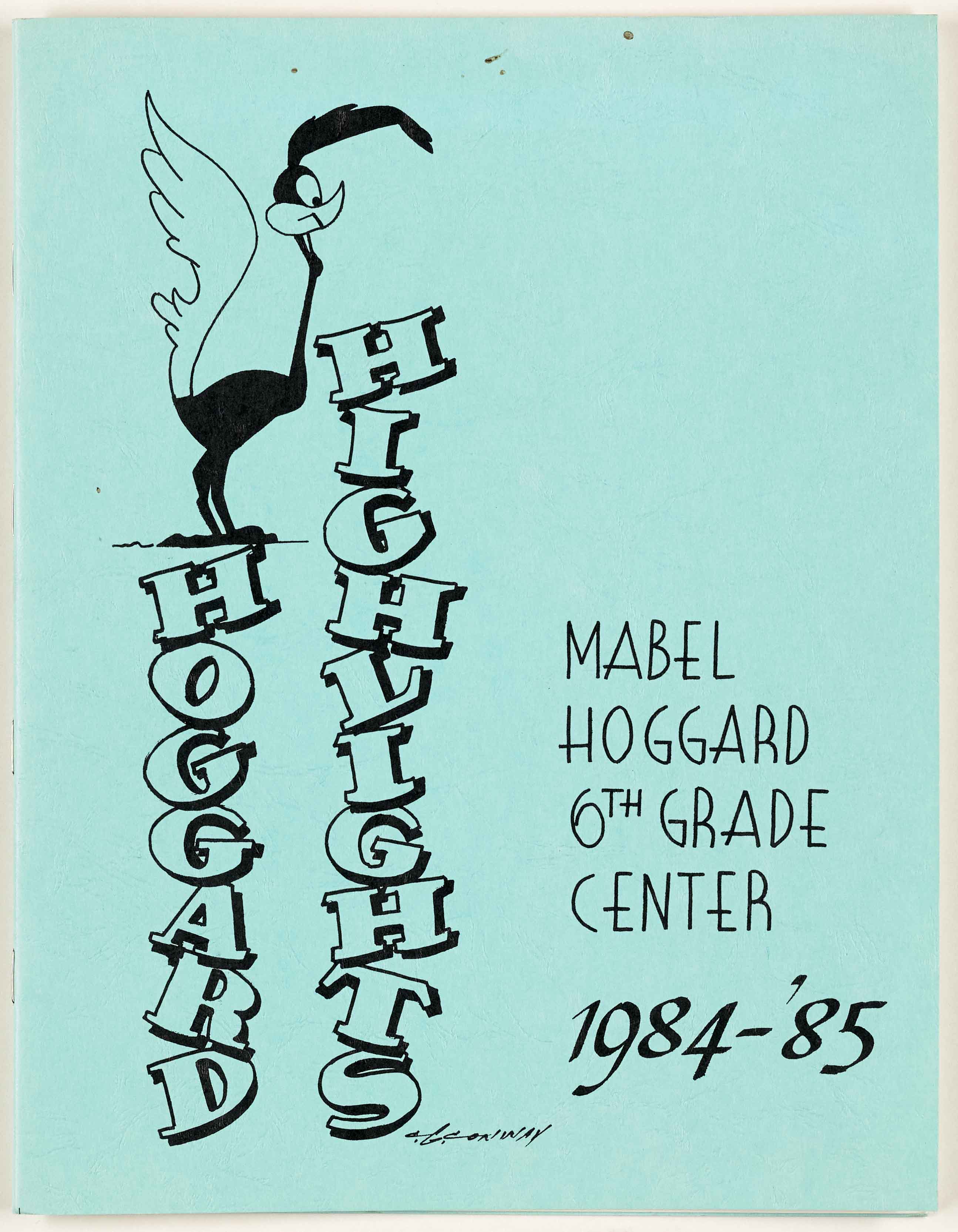 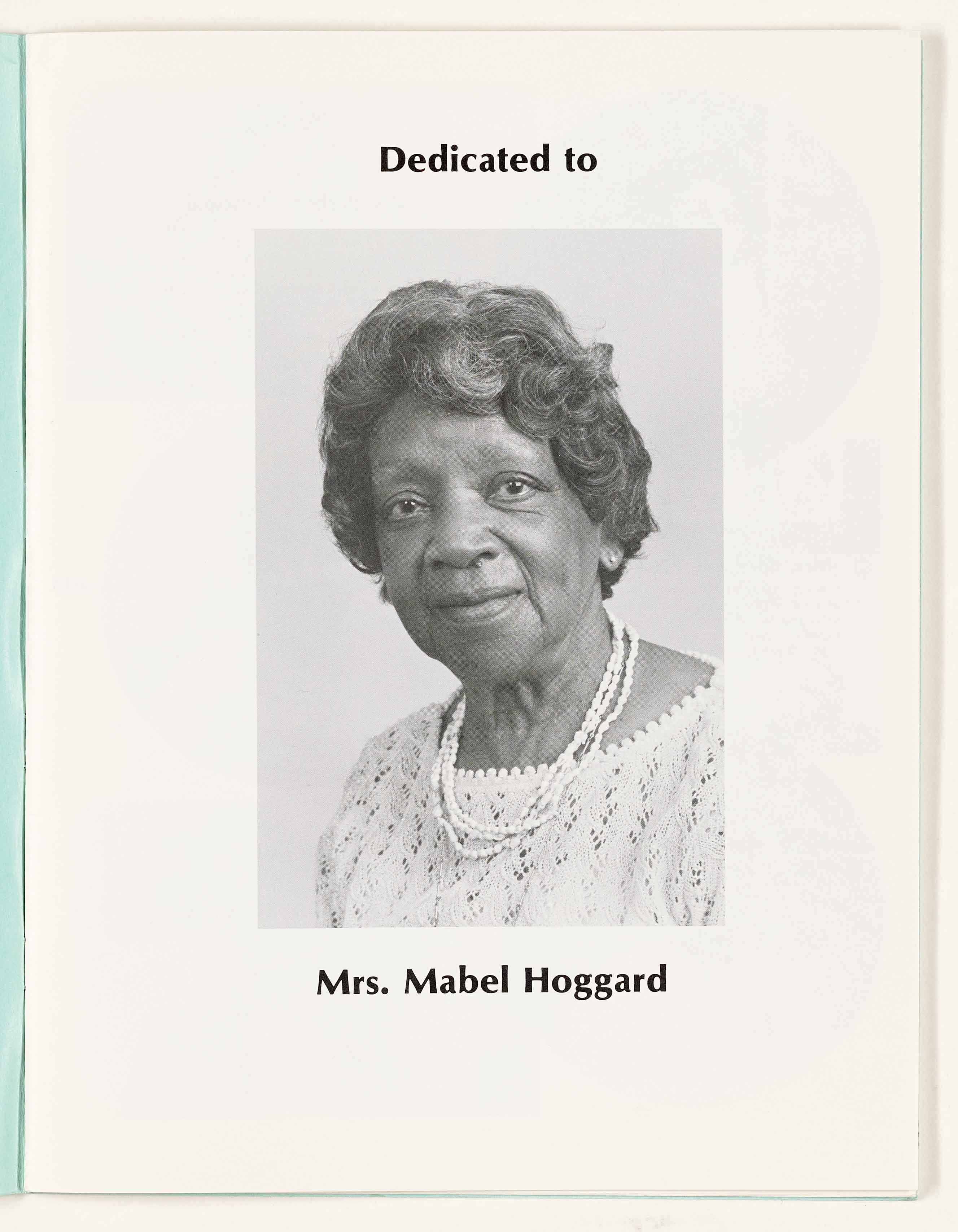 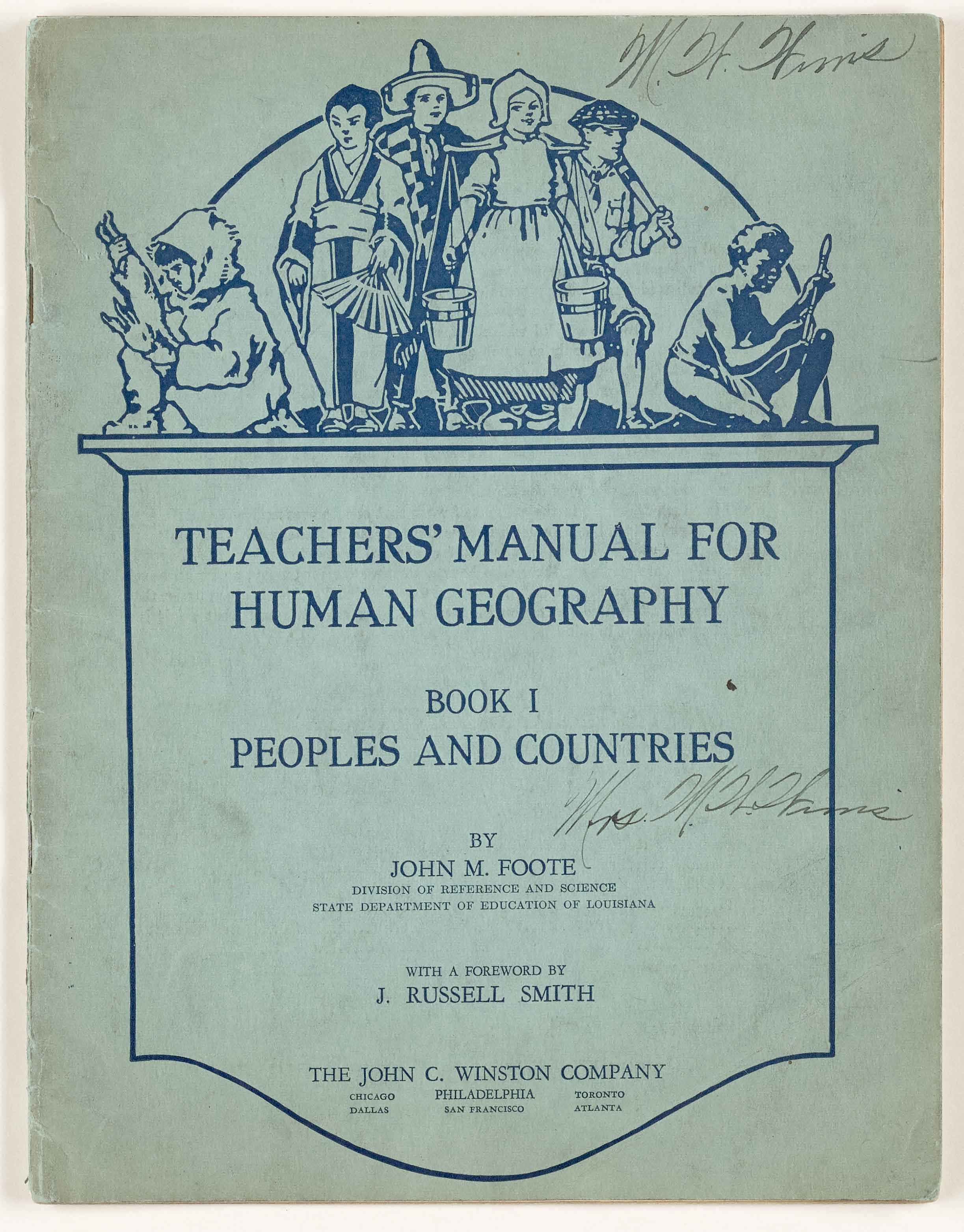 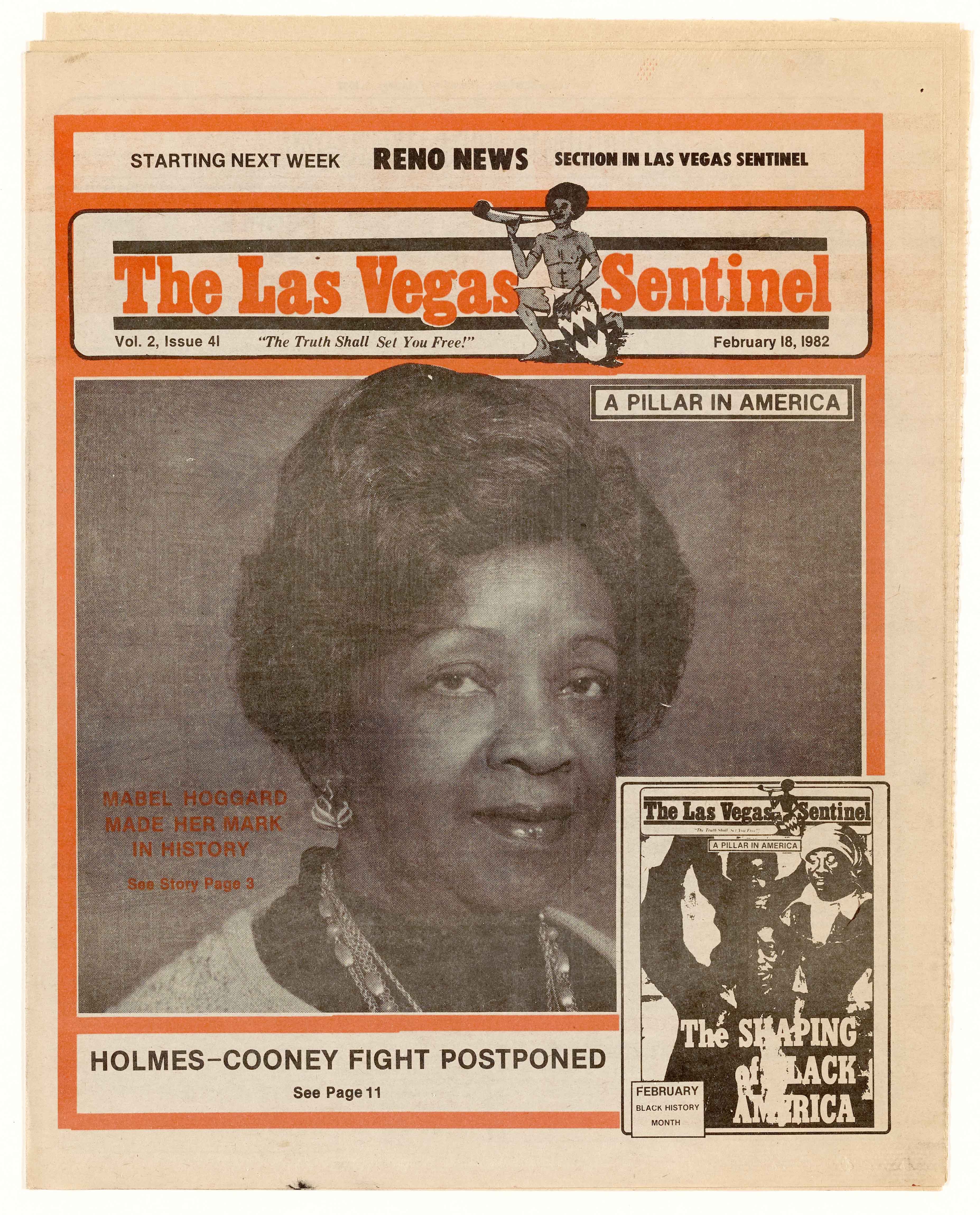 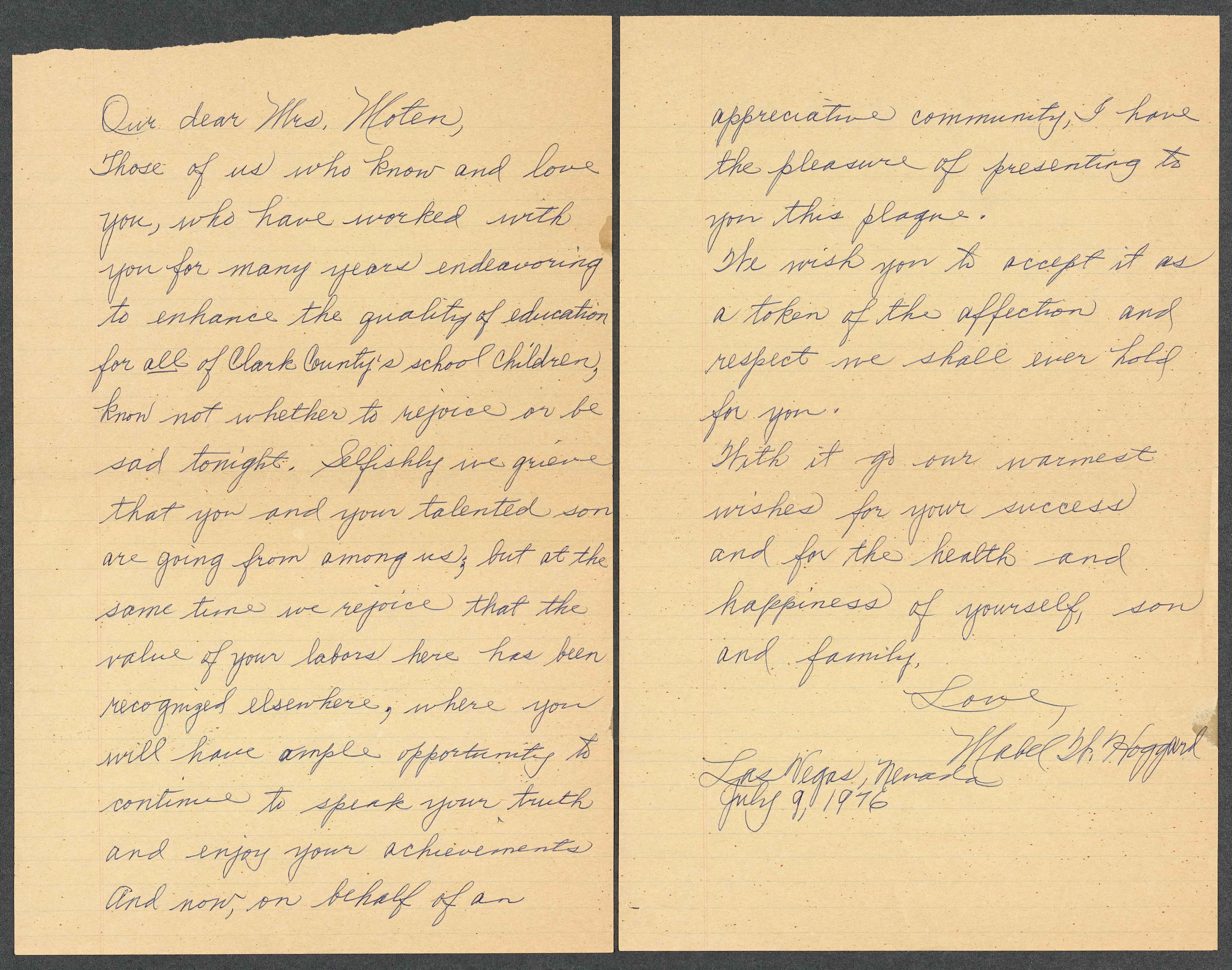 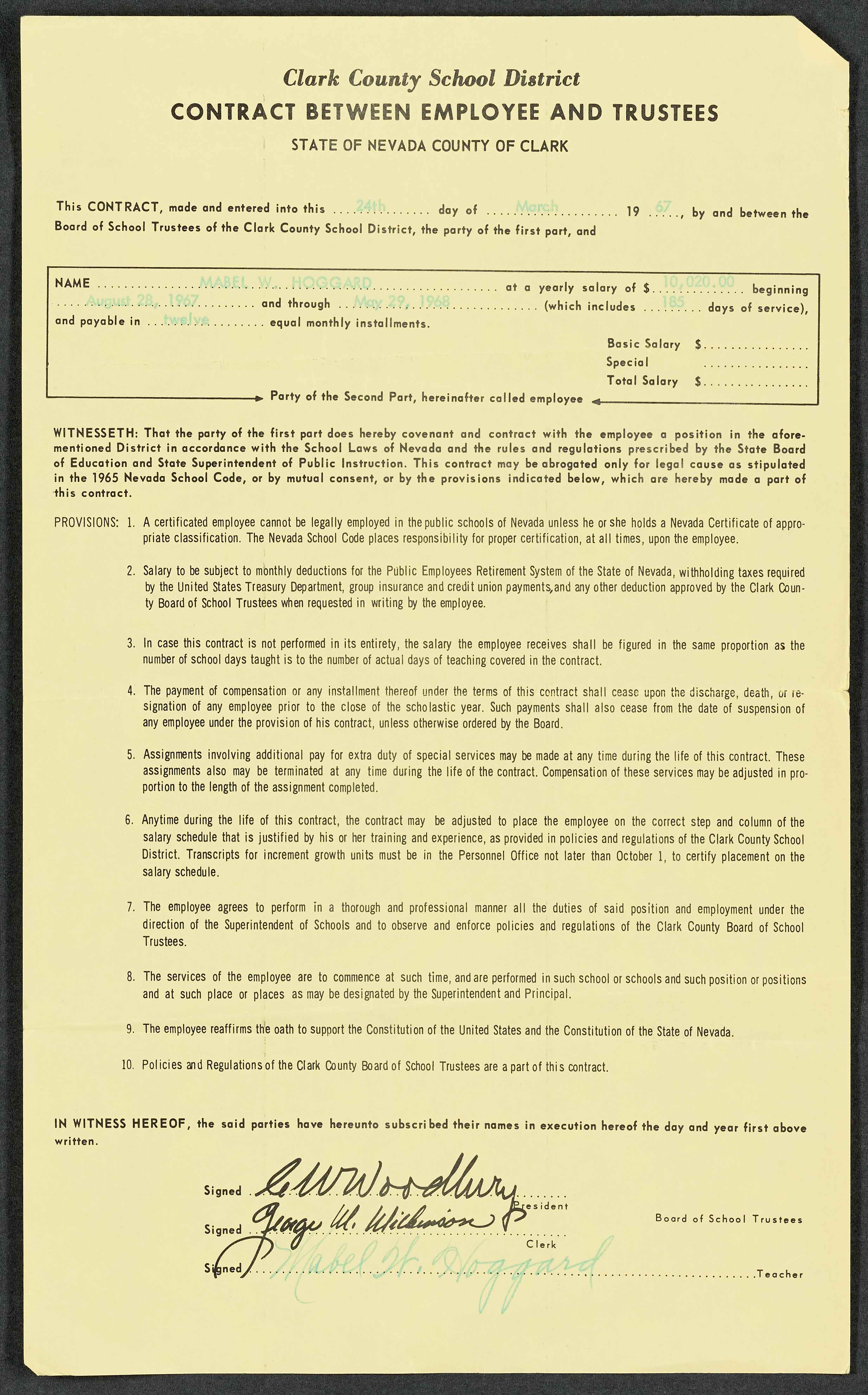