Voices: an exploration of Black Las Vegas through the resources in UNLV Special Collections and Archives: Anna Bailey

In March 1955, Anna Bailey was one of 27 young Black dancers from across the country who arrived in Las Vegas to perform at the newly-constructed Moulin Rouge Hotel-Casino, the city’s first integrated gaming establishment. Met at the airport by a crush of TV cameras and  photographers, the dancers were put in limousines and busses, and expected that they would soon arrive at a hotel on the glamorous
Las Vegas Strip. They drove past the famous hotels along Las Vegas Boulevard, past Fremont Street, and crossed the railroad tracks into a less than developed Westside. Their smiles turned to dismay as a familiar sense of disappointment took over.

“We passed the Strip,” Bailey said in her 1997 oral history interview. “We went past the railroad tracks and we just looked at each [other, thinking], ‘Well here we are again.’ But when we saw the Moulin Rouge, it was so beautiful....We were thrilled once we got in there.”

The opening night in May 1955 was equally as exciting for Bailey, who remembered an audience packed with stars, a backstage full of flowers sent by well-wishers, and the opening night afterparty. “They opened up with a lot of stars and almost all of Hollywood came right down there,” she fondly remembers. “It was really an exciting opening night. And then they had the party afterward and everybody was backstage with plenty of  champagne and food. They were toasting.”

The hotel scored a major publicity coup when LIFE Magazine came to town to report on the rampant growth of Las Vegas. Photographer Loomis Dean took advantage of the star-studded opening night, photographing the evening’s glamor at the gaming tables and the excitement in the showroom. “We made the cover of Life Magazine,” Bailey said of the cover featuring the Can Can number and an inside photo showing the Watusi number. “That was a thrill.”

Celebrated African-American choreographer Clarence Robinson, of Stormy Weather and Cotton Club Revue fame, designed the dazzling dance numbers for the Moulin Rouge. Bailey felt that they worked well together and, as a result of prior collaborations with Robinson, was fortunate to have a “choice spot” in the chorus line - “right smack-dab in the center, in the front,” she said. Dance numbers included the traditional Can Can, and the energetic and dynamic Watusi number, which was physically demanding, requiring the dancers to jump up, hit the floor, spin around, jump back up, and hit the floor at least six times.

“Some girls would go halfway down but it really showed when you go all the way down and then you jump back up again.” she recalled. Bailey said the Watusi number was “...very exciting,” with a pretty costume that featured lots of feathers and sequins. In fact, Bailey seemed delighted by all of her beautiful costumes, distinctly remembering the white satin gown she wore as an angel in the Gabriel number, and the umbrella she carried for the Caribbean number, Ladies in the Shade of the Banana Tree.

Despite the early promise of the Moulin Rouge and the abundance of stars who frequented its packed showrooms, it would close barely six months later, casting a gloom over the Westside. Both Bailey and her husband Bob, who also worked at the Moulin Rouge, serving as an emcee and singer for the production numbers, were now out of work. The sadness in the community was palpable. “Everything stopped when the Moulin Rouge closed and that’s what’s so sad about it,” Bailey said. “It’s just like the Westside was just killed.”

Still, Bailey’s husband refused to leave Las Vegas, because he had fallen in love with the city and could see its potential, even if she did not at the time. They would set down roots in the Westside, buying a house in the Bonanza Village development, even as they traveled for various show business gigs.

Bailey continued to dance after she left the Moulin Rouge, and would become part of an all African-American touring production company that would appear at the Dunes Hotel in the late 1950s. She also returned to work with her old friend, Pearl Bailey (no relation), during the singer’s frequent appearances at the Flamingo Hotel. Bailey remembered Pearl’s determination to integrate her Black dancers into the white dance line.

“That was their main line there but she would always bring us in and put us right there in the middle of them,” Bailey said. And while she described Pearl as a strict taskmaster in some ways -- “She’d watch you constantly and make sure that the seam in your stocking is straight” -- the singer also hired Anna’s husband Bob to be her personal manager so the young couple could be together on the road.

Although Anna and Bob Bailey had moved to Las Vegas well-aware of the city’s reputation as the “Mississippi of the West,” their careers in the entertainment industry initially provided some insulation from the worst of the discrimination experienced by everyday residents. She would eventually be hired into the all-white line at the Flamingo in the early 1960s, and felt that it was her talent that leveled the playing field, describing “show folks” as family.

“I never really felt any prejudice with anyone that [I] worked with,” she said. “The most [important] thing is talent.”

Anna Bailey’s oral history reveals fascinating insights into Las Vegas entertainment history intertwined with some of the uglier realities of life in a city tarred by the discrimination and segregation of mid-20th century American life. Read her complete story online at: http://digital.library.unlv.edu/aae

Written by Su Kim Chung with assistance from Chanta Payne 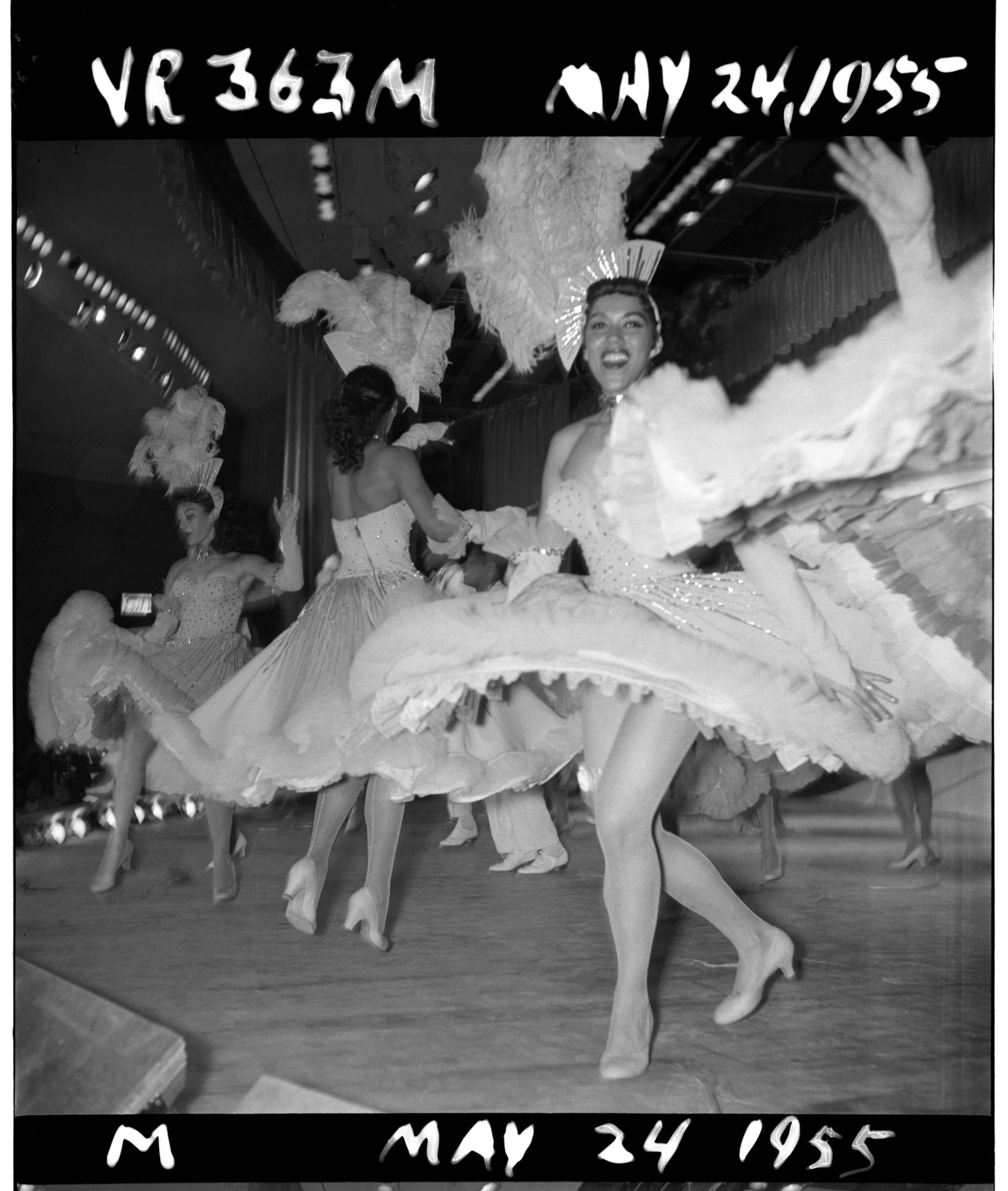 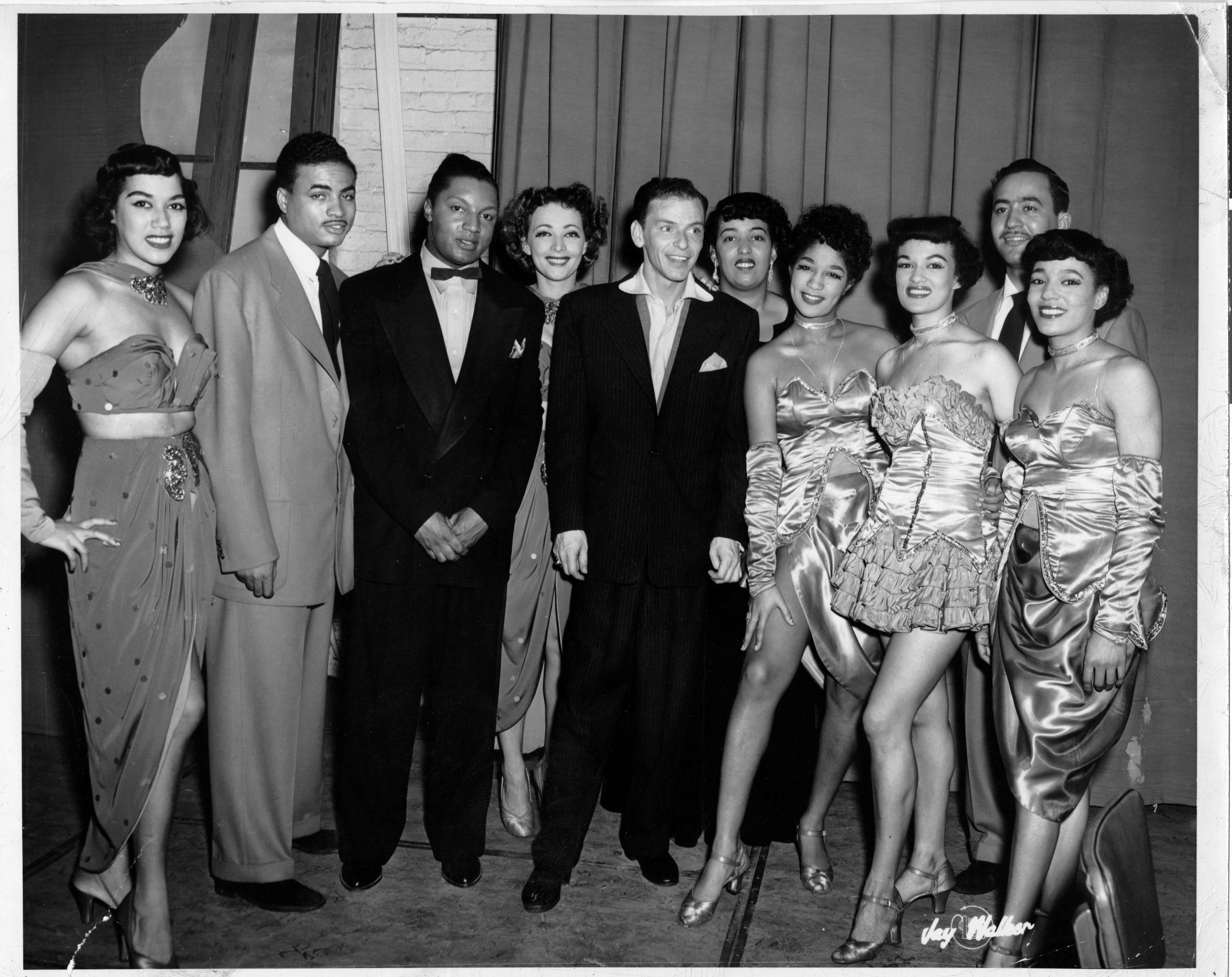 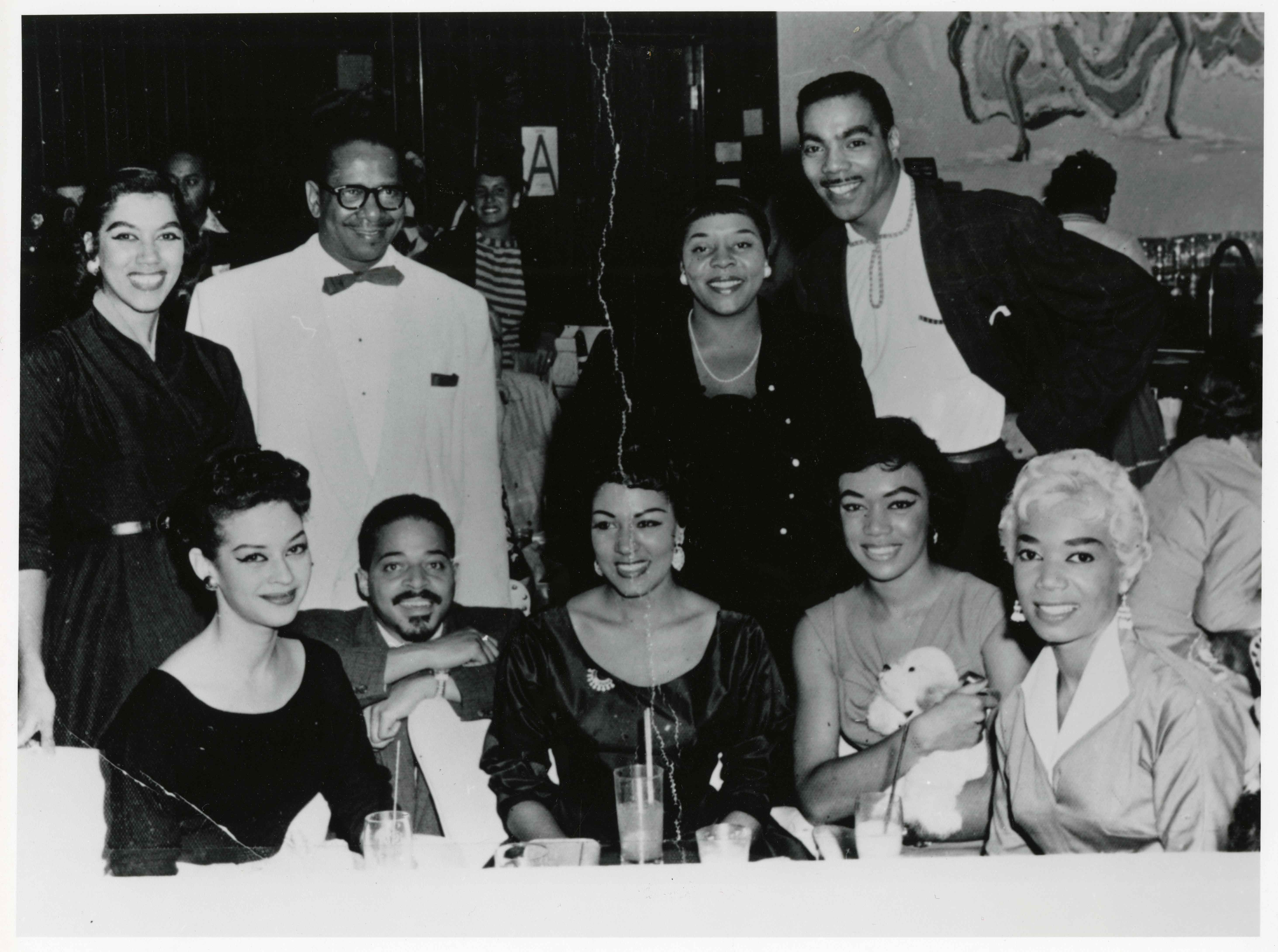 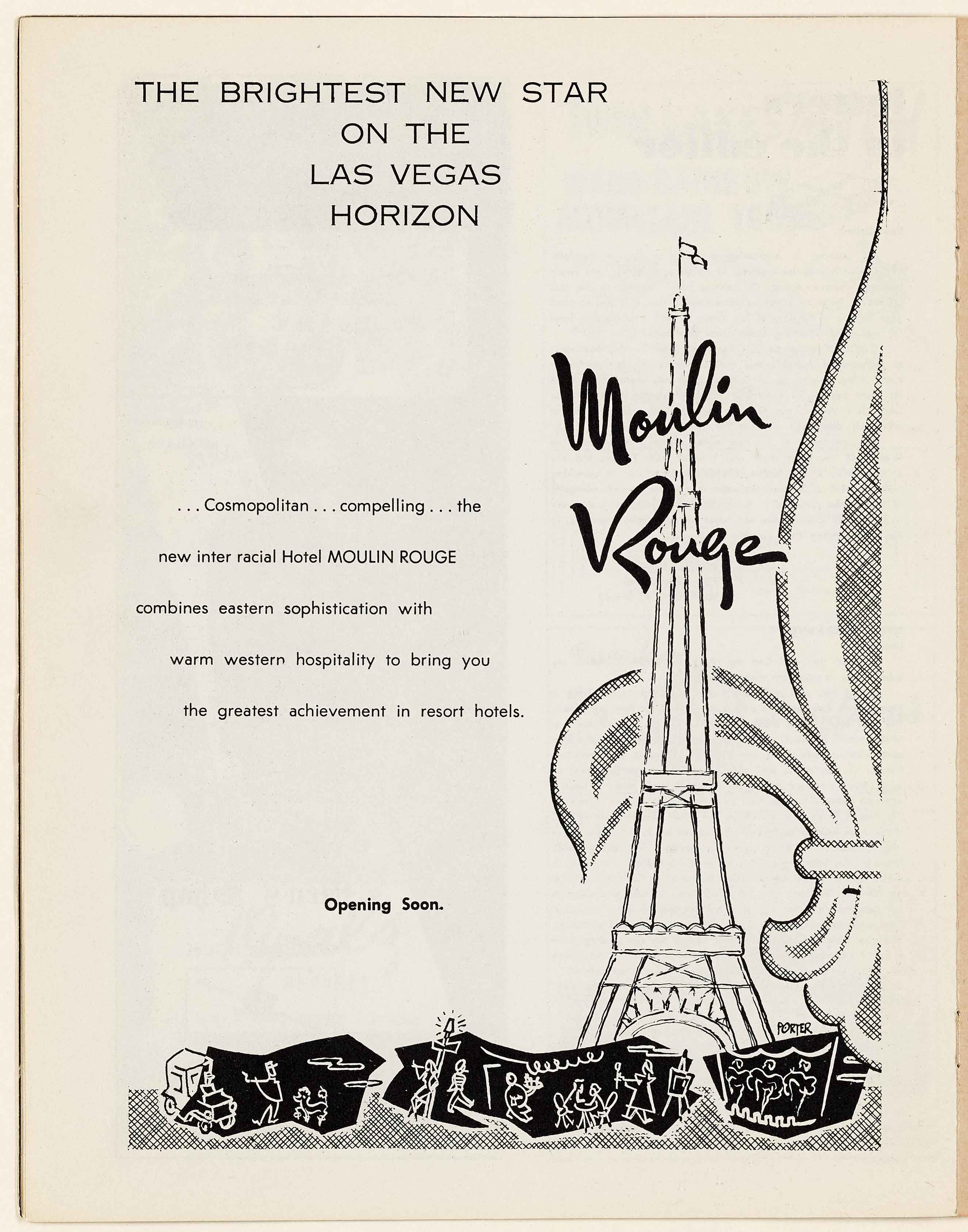 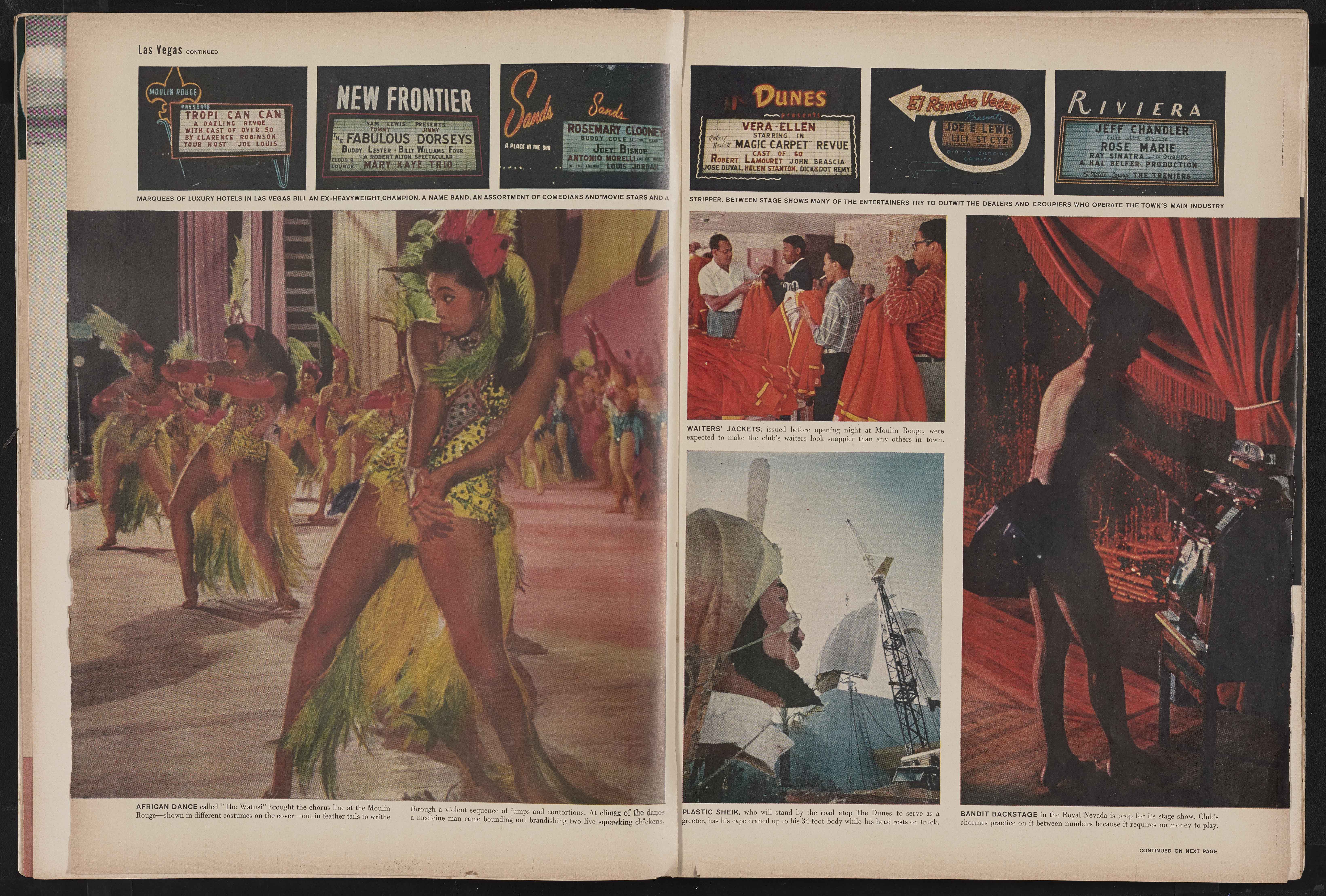 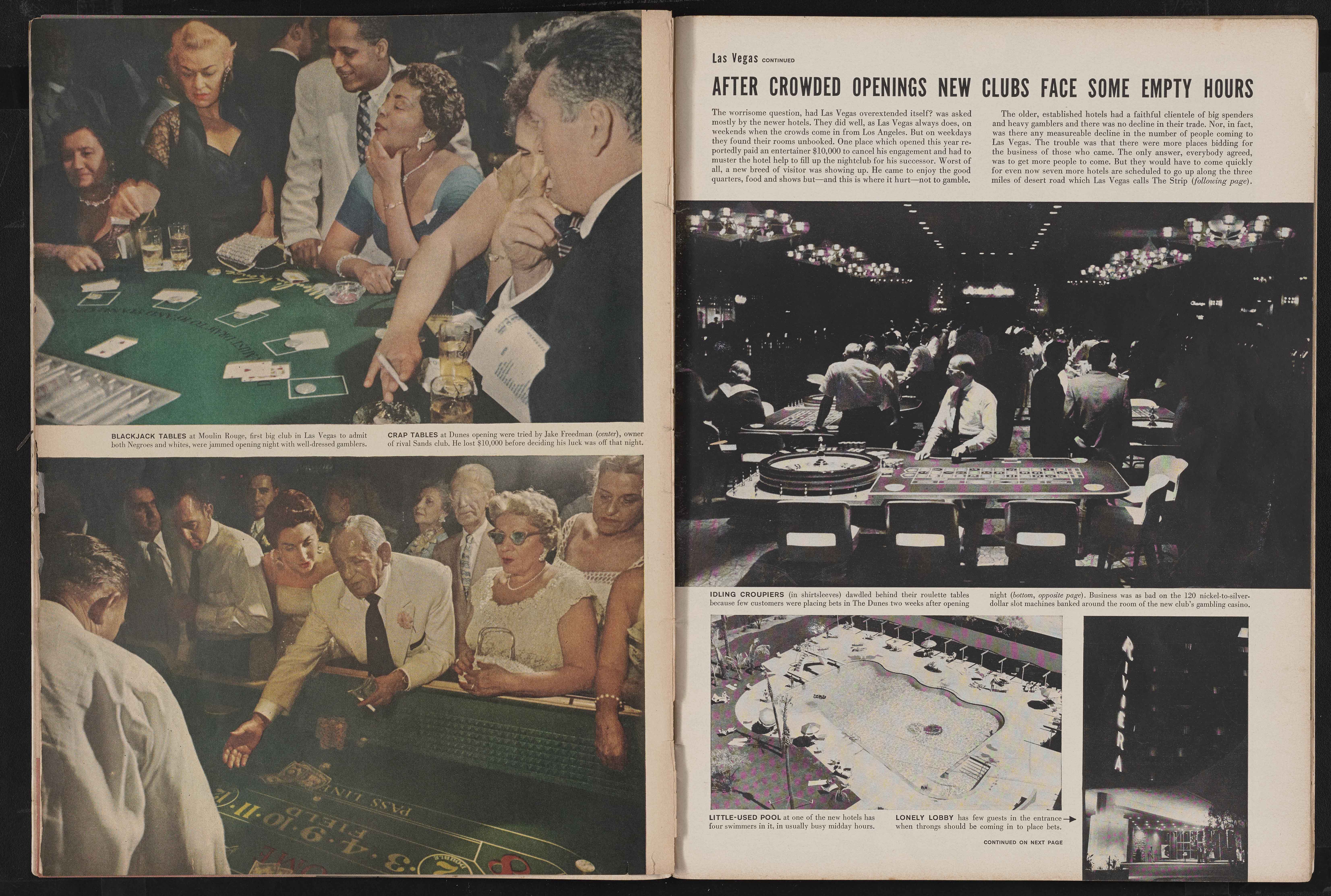 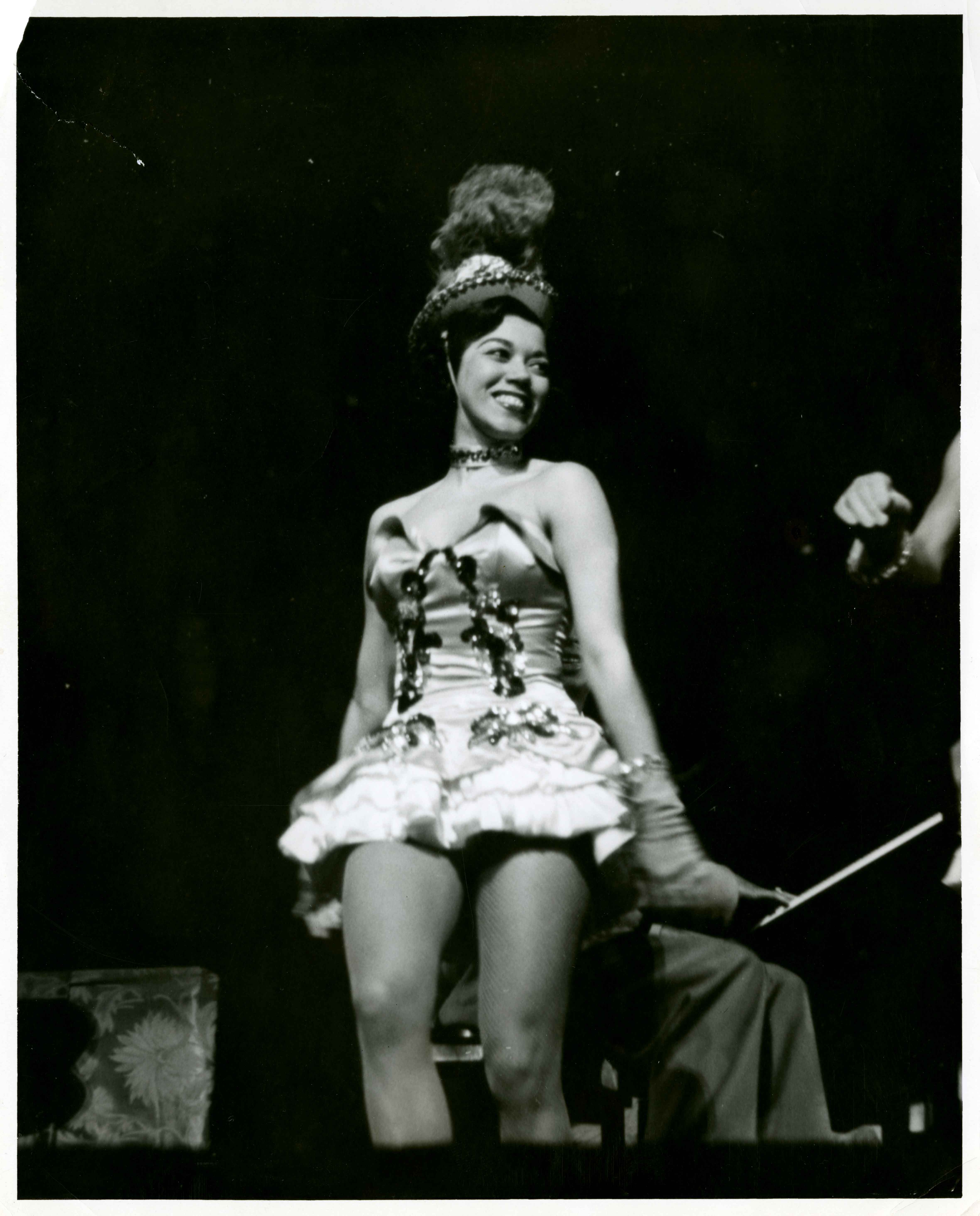 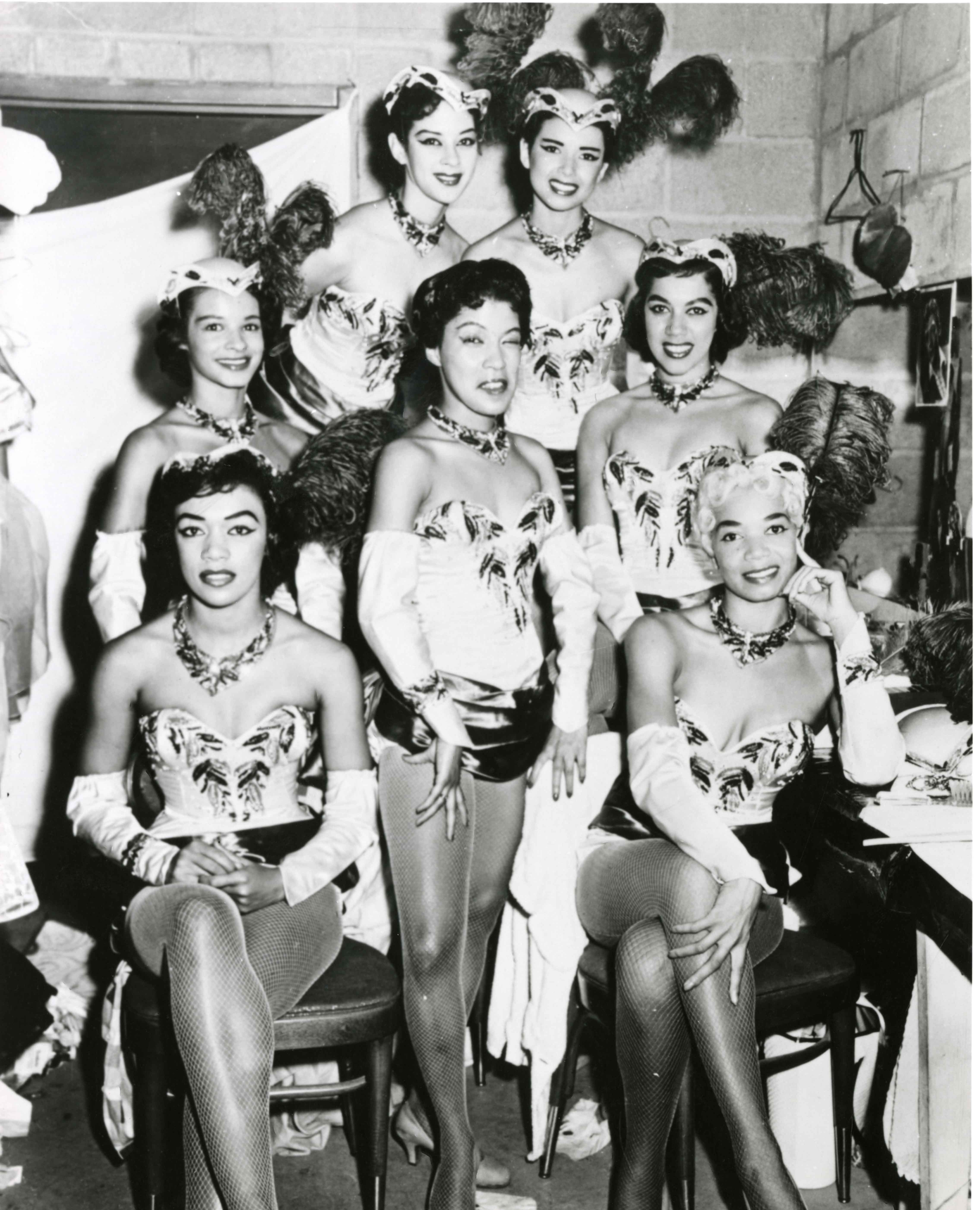 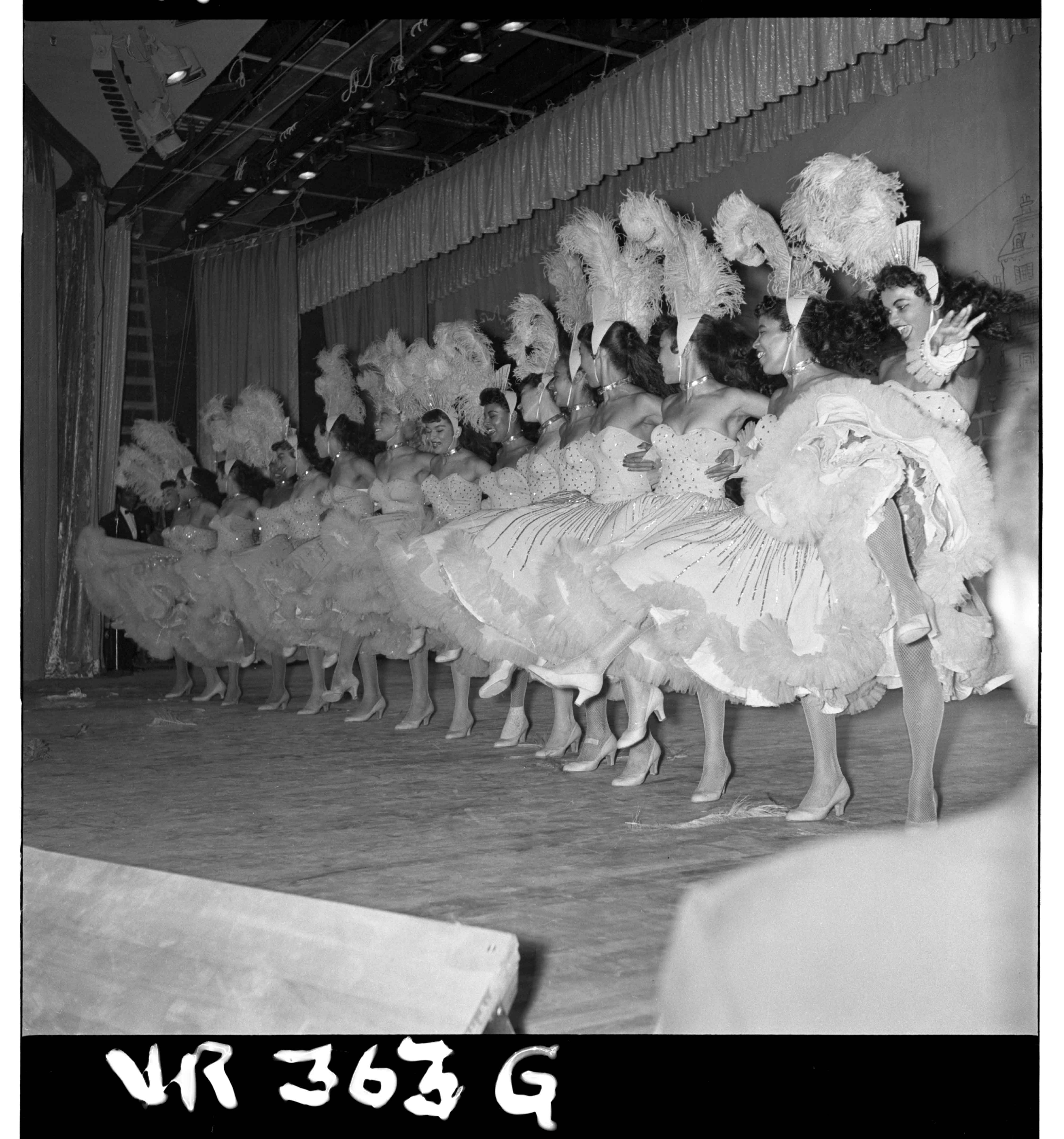 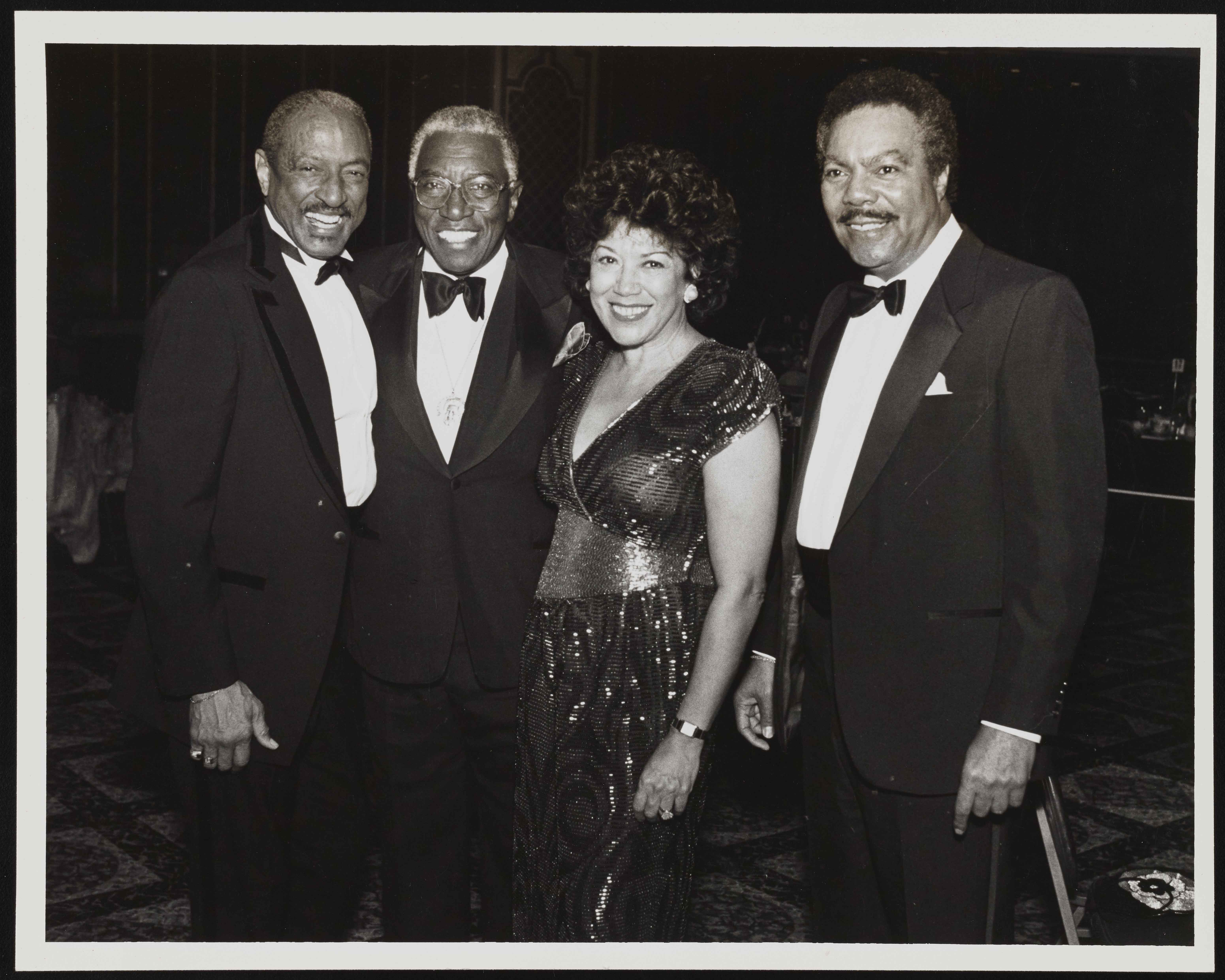 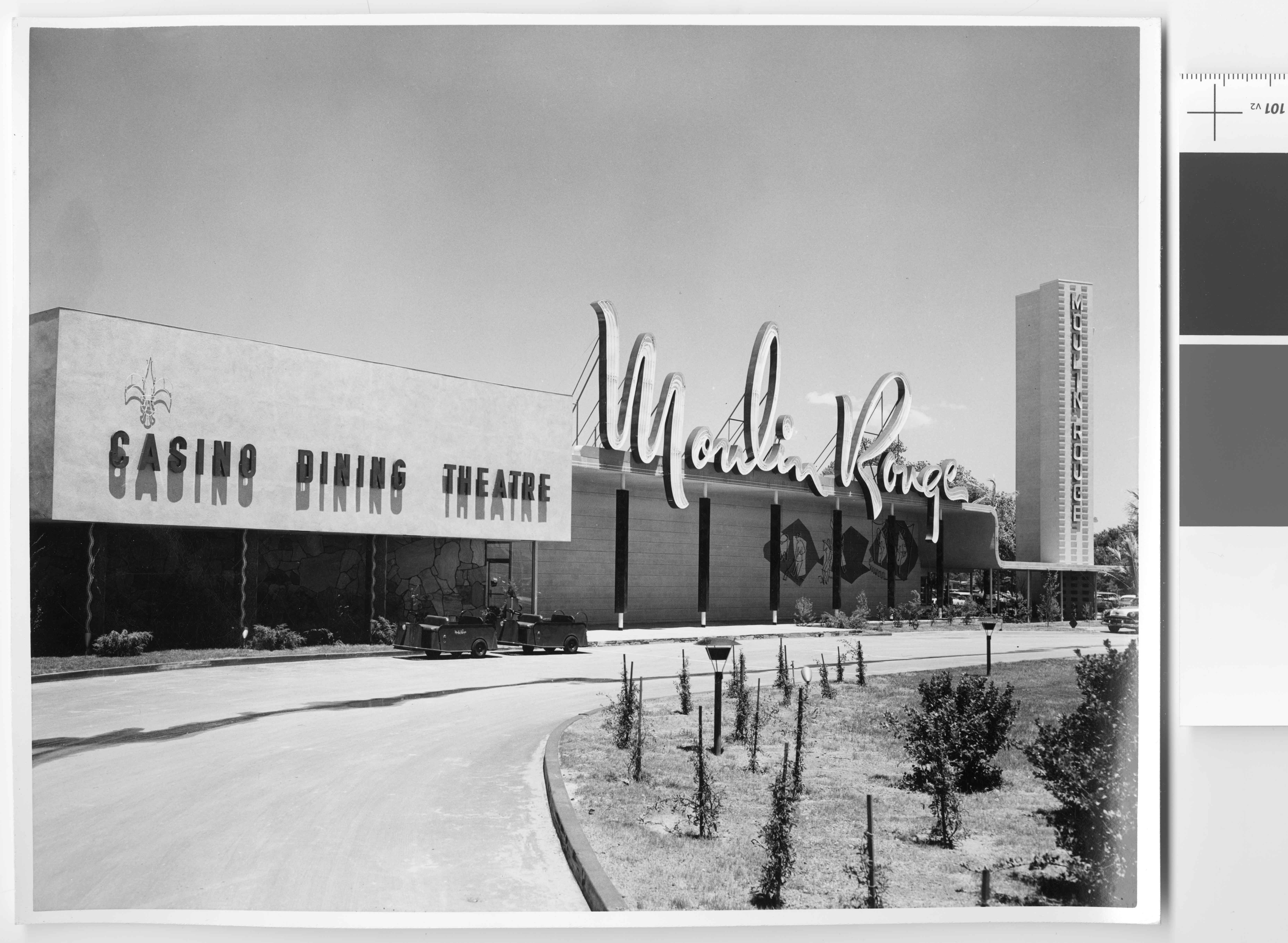