Voices: an exploration of Black Las Vegas through the resources in UNLV Special Collections and Archives: Donald Clark

Despite multiple requests, the Reverend Donald Clark always refused to sit for an interview with the UNLV Oral History Research Center. Instead he let his lifetime of work advocating for community improvement on the Westside speak for itself. The words of his friends and colleagues on the Westside also provide testament to a life of service on behalf of the African American community in Las Vegas, as do the personal papers and records that his wife Louise Clark donated to UNLV Special Collections and Archives in 1978.

“[Donald Clark] was a real community activist back then,” said the Reverend Marion Bennett. “He led the fight for better jobs … with Dr. West and all of them.” “One thing about Donald, he always spoke with me,” said Henry L Regan Jr., who grew up on the Westside and knew Clark and his family. “He always spoke to me. And everything he spoke to me was always about progress, progress, making progress. I appreciate that about him.”

“Donald Clark is a lone ranger,” said politician and community leader Aaron Williams. “He works alone. He has his own ideas. ... He’s easy to work with, but you’ve got to understand him. He is a complicated personality. And one of the most well-read people I know.” As a young man, Clark worked with many other figures in the Las Vegas Civil Rights movement in lobbying Nevada governor Grant Sawyer to achieve integration on the Las Vegas Strip. In one of the most iconic images taken of the historic meeting at the Moulin Rouge to settle the integration question, the 27-year old Clark can be seen in the right corner of the photo that features prominent figures such as Dr. James McMillan (then president of the NAACP) with Mayor Oran Gragson, and other Las Vegas City and Clark County officials.

One of six children, Clark was born in New Orleans in July 1933. As a child he, experienced the segregation of the Deep South before joining the Air Force at age 16. Clark arrived in Las Vegas in 1952 when he was stationed at Nellis Air Force Base as a cook. By the mid 1950s, he had settled on the Westside and married his high school sweetheart, Louise, with whom he would eventually have four children. His early life in the Jim Crow South, and in the “Mississippi of the West,” as Las Vegas was known in the 1950s, were likely two reasons he was inspired to work for integration and equality. Clark combined this activist bent with a devotion to religious service, which had been with him since childhood, according to his sister Lois Washington.

“He was always trying to teach my sister and I how to be good,” Washington said during a 2017 Las Vegas Review-Journal interview. “Whatever sermon he heard at church on Sunday, we heard it on Monday.” Beginning in the mid 1950s, Clark worked as a minister in a few Baptist churches on the Westside as retired teacher Audrey James recalled: “...I heard him preach his first sermon at Second Baptist Church. He was a young man... He never pastored the church. But he was involved in NAACP and a lot of community activities.”

A program from a 1959 Las Vegas appearance by renowned gospel singer Mahalia Jackson also notes that Clark was pastor of the Mt. Olive Baptist Church at that time. In the late 1950s, Clark took a job as a milkman with Anderson Dairy as a strategic move to get to know the Westside community and the needs of its families, according to his daughter, Yolanda Clark Brandon. In an October 2017 interview with the Las Vegas Review-Journal, Brandon described Clark’s efforts, “Before you can provide leadership and a path for people to do something different, you have to understand who the people are and develop a level of trust.”

Clark became president of the local chapter of the NAACP in 1961 where he was responsible for organizing and leading efforts to better the lives of the Black community in Las Vegas. NAACP Correspondence in the Donald Clark Papers reveal that Clark frequently addressed reports of discrimination on the Strip in casinos and hotels in his position as President. With the passage of the Economic Opportunity Act in 1964, and the creation of its local arm, the Clark County Economic Opportunity Board, Clark continued his work on behalf of the Westside community. In 1967, he was appointed Chairman of Operation Independence, a local program funded by the EOB that provided free legal aid, day care, transportation, a head start preschool, job placement, and professional training.

“He was a community activist, and he’s made a real contribution by being supportive of programs and stuff for the betterment of the oppressed people of this town.” - Reverend Marion Bennett on Donald Clark (January 2004 oral history with Claytee White).

“He had a deep conviction for just doing the right thing. My father had such a high level of integrity, and he understood that economics were a road to progression...He saw the inequity, and he wanted to do something about it. He realized he had the wherewithal to do it, so he did it.” - Yolanda Clark Brandon to the (Las Vegas Review-Journal interview October 10 2017).

Clark would go to serve in other public service roles such as filling the unexpired term of Woodrow Wilson, who had to resign from the Clark County Commission in 1984 after he was convicted in an FBI bribery sting. Although he served out the term, Clark did not seek re-election to the commission. Even without an official role in his later years, Clark remained committed to serving the Westside community. At his passing in October 2017, his daughter told the Las Vegas Review-Journal that her father had always said that “you have to know your useful purpose - when you go somewhere, why are you there and what are you doing.” In his lifetime of service, Donald Clark did just that, but for the most part, he refused to accept recognition for the pioneering civil rights work he had done on behalf of the African American community in Las Vegas. The Donald Clark Papers and the oral histories of his contemporaries held in UNLV Libraries Special Collections and Archives remain as a permanent record of this work. 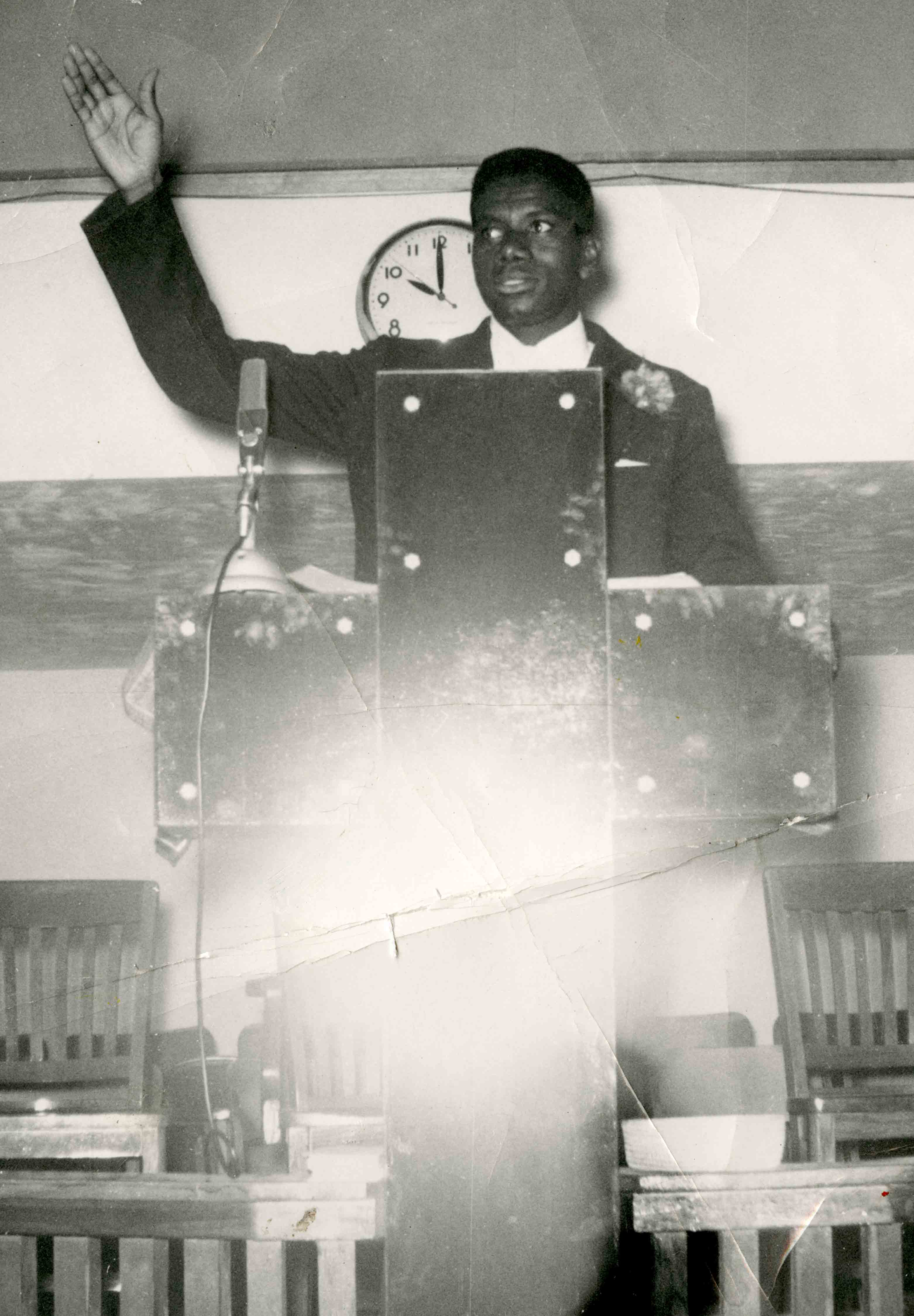 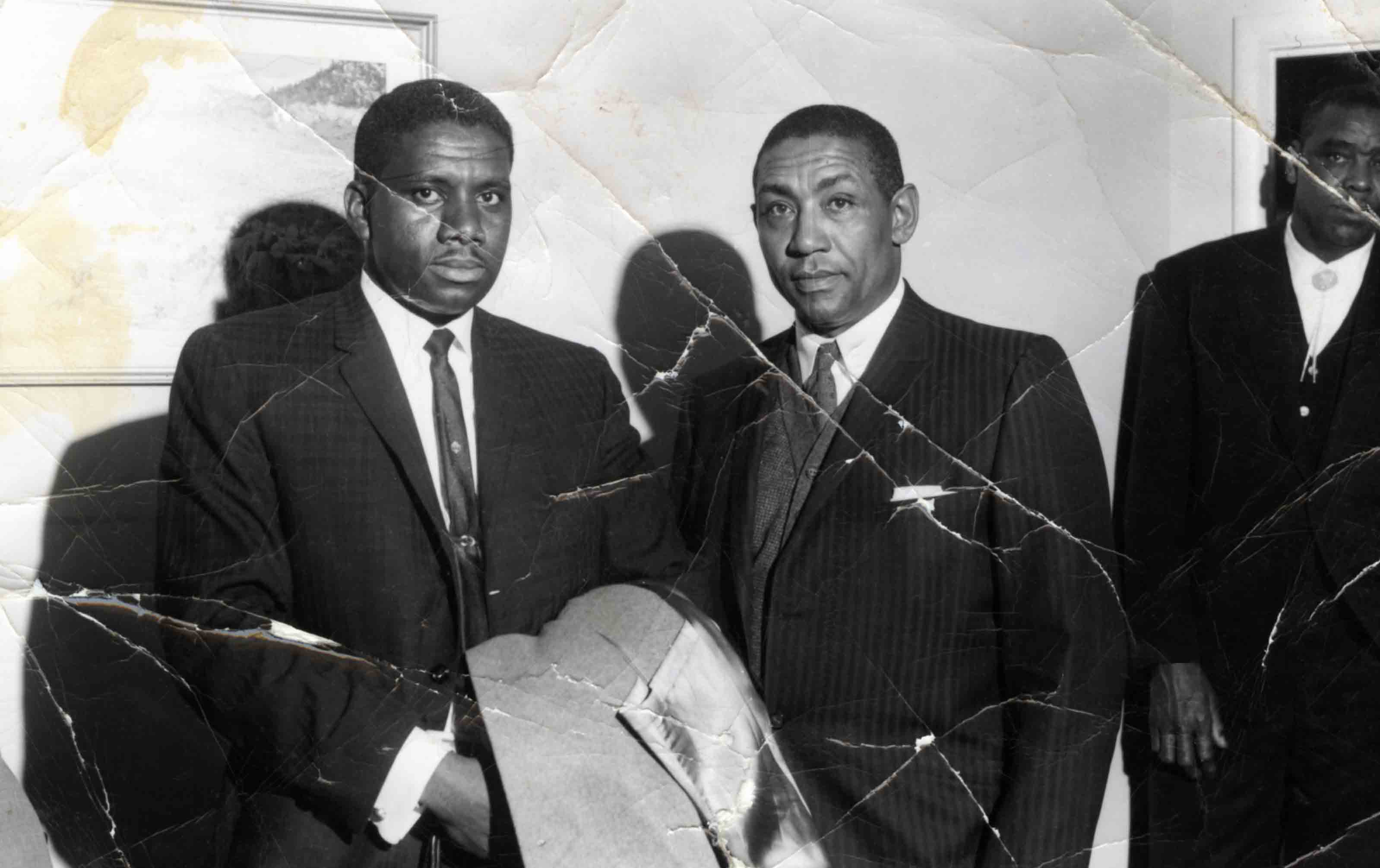 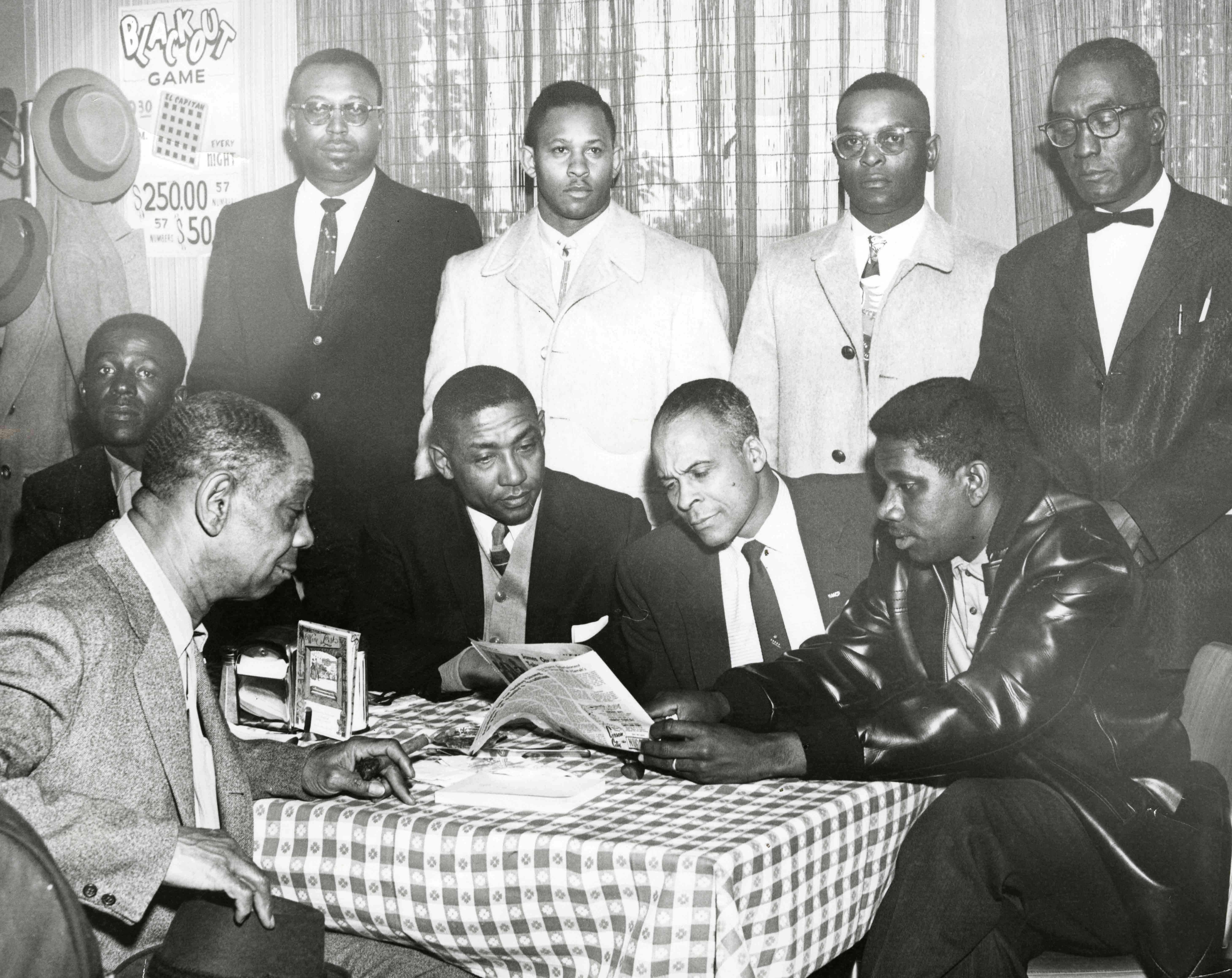 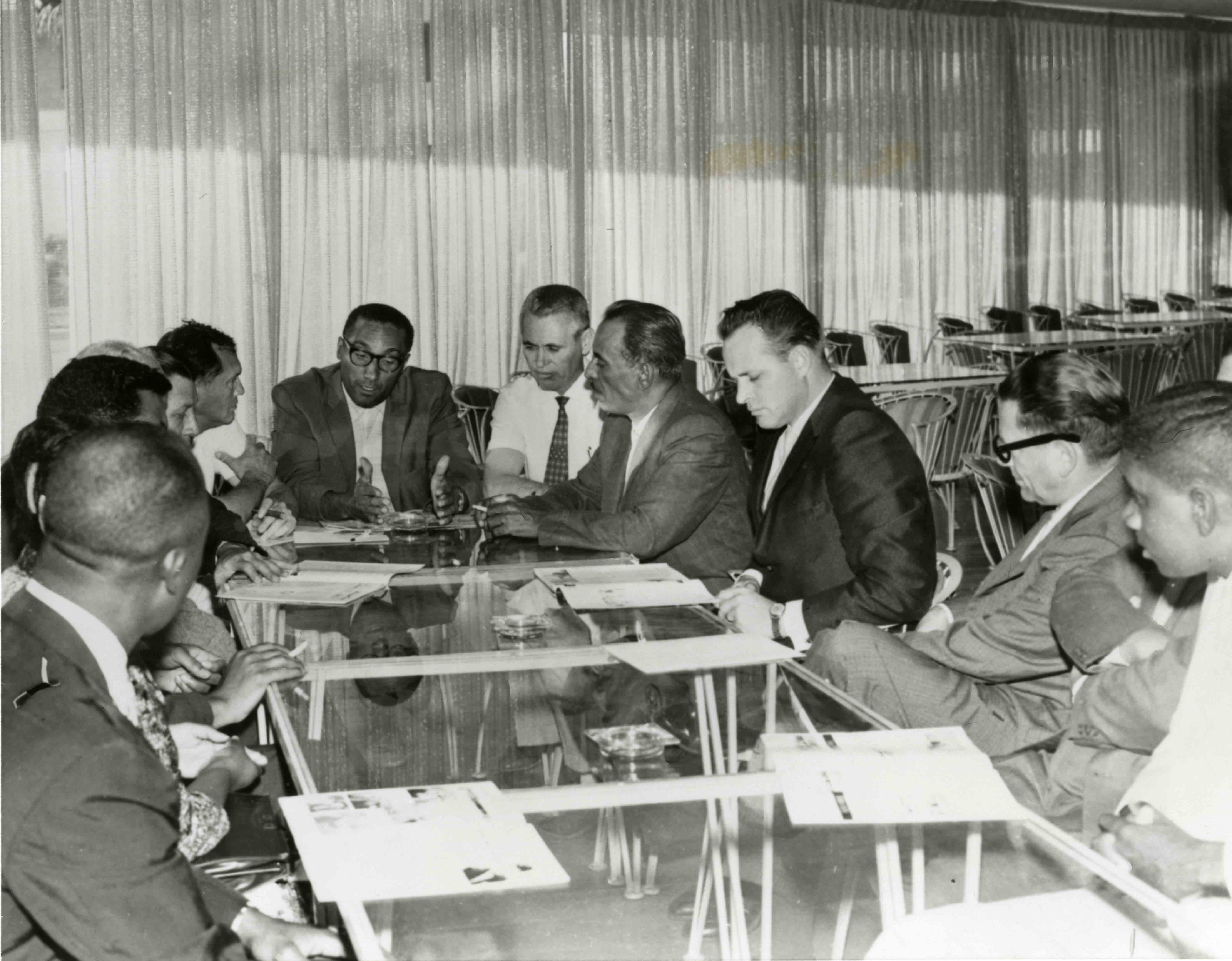 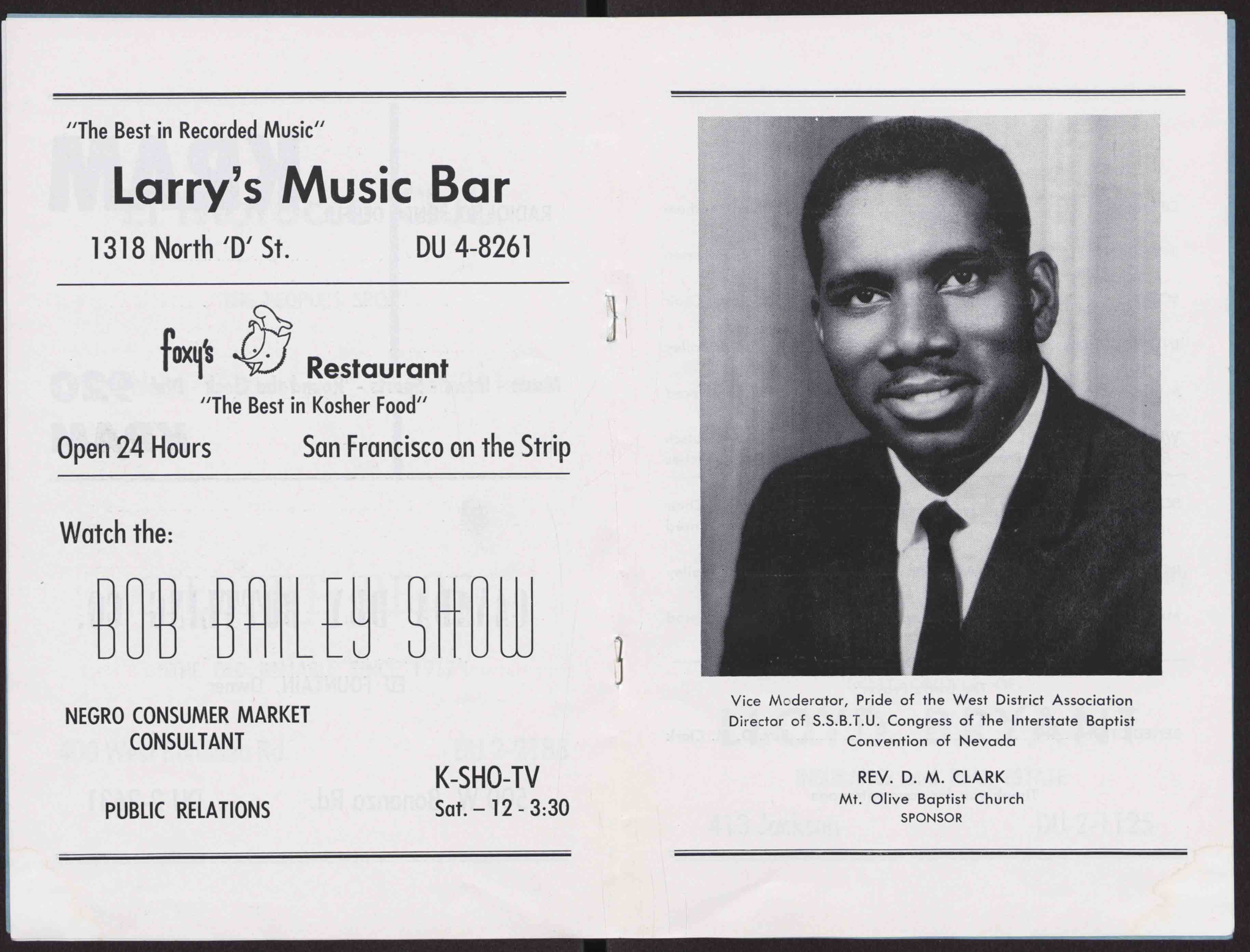 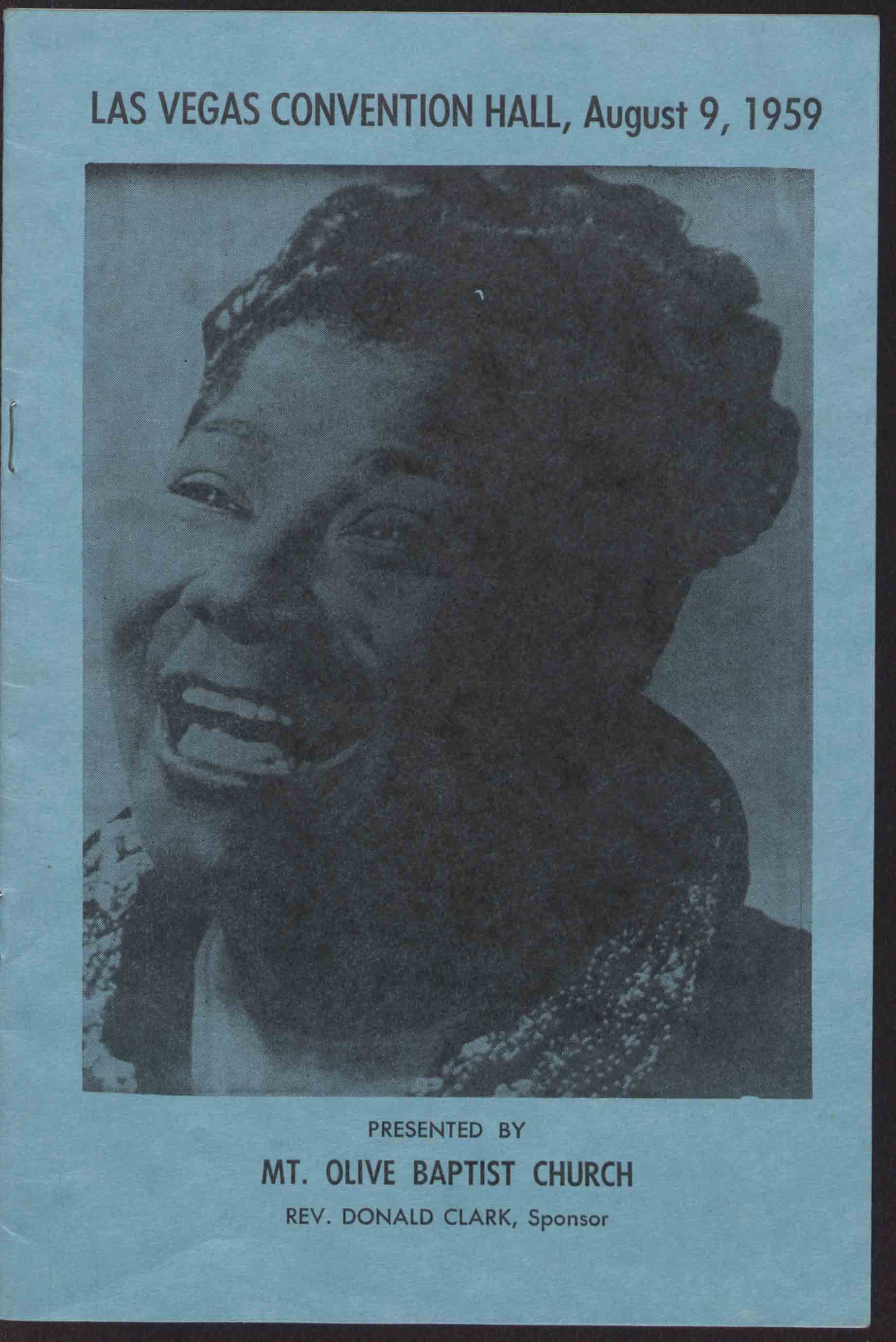