We Need To Talk : Criminal Justice

Frank Rudy Cooper, JD,  Director of the Program on Race, Gender and Policing 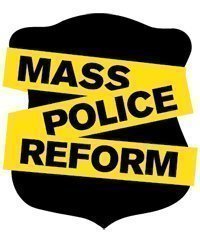 What are groups of people protesting, marching, and uniting for anyway? Are they an example of a civically engaged citizenry or are they just out causing trouble? There are many strong opinions and lots of rhetoric out there right now, but this week's panel will address the overarching subject of criminal justice, policing, mass incarceration, and the very real consequences of not paying attention in these areas.