First Folio! The Book that Gave Us Shakespeare: Home

Admission is free, but space is limited.  Secure your spot by reserving your tickets in advance.  Reservations are available now.

The UNLV University Libraries is delighted to exhibit an original 1623 First Folio from the Folger Shakespeare Library as part of First Folio! The Book that Gave Us Shakespeare. This first-ever national tour of one of the world’s most influential books celebrates 400 years of Shakespeare and his legacy. Special Collections in the Lied Library at is the only location in Nevada for the First Folio! National tour. We invite you to visit our exhibition September 1-29, 2016.

Considered one of the most influential books in the world, the First Folio includes 36 Shakespeare plays, 18 of which had never been printed before. Without the First Folio, all of those plays, including Macbeth, Julius Caesar, Twelfth Night, The Tempest, As You Like It, and more might have been lost forever. Compiled by two of his friends and fellow theater colleagues, the First Folio was published seven years after Shakespeare’s death in 1616. 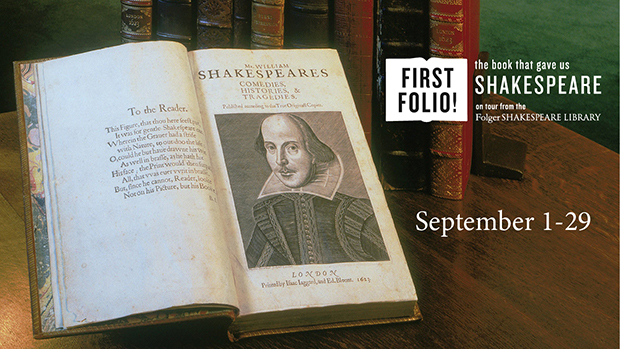