Recommended resources and services at the UNLV Teacher Development & Resources Library for students enrolled in EDRL 402: Literature for Young Adults

The easiest way to find books by genre is to use NoveList Plus.  Remember! The TDRL doesn't own all the books listed in your NoveList search results; check your public library for books not available at the TDRL.

Tips for finding fantasy books in NoveList Plus

Step One: Select Browse By and the Genre from the top menu. 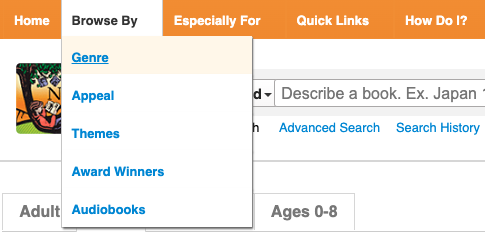 Step Two: Select the "Teen" tab and then "Fantasy and Science Fiction" from the drop down.

Step Three: Click on "View All" next to "Fantasy Fiction." 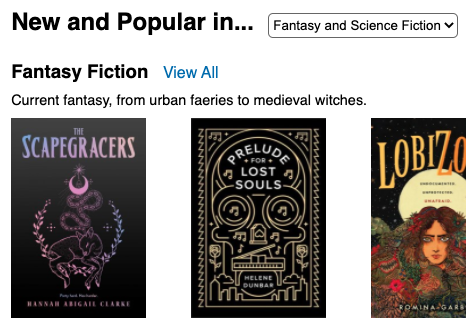 Step Four: Use the Refine Results filter to narrow down your results.  Tip: Look under the character category to limit to diverse identities.

Step Five: Review your results and check Quick Search for the availability of specific books at the TDRL.